WWE SummerSlam is one of the biggest WWE PPVs of the year so the wrestling company went all out for this one. A stacked match card as well as the return of a legend made this show a must watch for many fans. Here are the results for WWE SummerSlam (2019):

Alexa Bliss and Nikki Cross defeat the IIconics once again.

Buddy Murphy vs. Apollo Crews ends in DQ after an interference from Erick Rowan, who was accused by Murphy of being the guy behind the mysterious attacks on Roman Reigns.

The Fiend has debuted after weeks and weeks of interesting segments. The debut was against Finn Balor but that didn’t matter, it was an easy win for Bray.

Kofi Kingston and Randy Orton have a long rivalry that goes all the way back to the days of Legacy. The WWE Champion wasn’t able to pin Randy Orton since the match ended in a disappointing double countout.

Trish came back for a match against one of the most winning superstars in recent years. It was a good fight from the former Women’s Champion but Charlotte was able to get the victory by making her tap out. 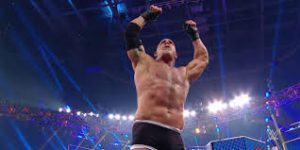 Goldberg returned for another match and Dolph Ziggler couldn’t get much going. The result was pretty predictable since Goldberg has been nearly unstoppable for most of his career. It would have been a little bit of a surprise to see Ziggler somehow win the match but we knew that probably wasn’t going to happen.

Seth Rollins is once again the WWE Universal Champion after defeating Brock Lesnar. Rollins came into this match a little bit beat up from the attacks by Lesnar during the most recent WWE Raw episodes. It is the second time that Rollins defeats Lesnar in recent months. This is something we are not used to seeing since Lesnar has not lost much since returning to WWE.

Bayley had a tough task against Ember Moon, who hasn’t really had many title opportunities since coming from NXT. The WWE SmackDown Women’s Champion was able to retain by catching Moon on the top rope and then hitting her with the Bayley to belly for the win.

AJ Styles and Ricochet faced each other once again and it was The Phenomenal One who got the victory. There was a small interference from Gallows and Anderson but in the end, it was Styles who countered for a Styles clash.

Kevin Owens Does Not Have To Retire

This was one of those matches in which there was a retirement stipulation for one of the superstars. Kevin Owens needed to win and he got it, despite the interference from Elias. The feud between them appears to be over, I think.

Becky Lynch is still champion after a tough battle against Natalya. The WWE Raw Women’s Champion escaped a sharpshooter and then put Natalya in a Disarmer to win the match. It will be interesting to see who faces Becky next since she has pretty much beaten all the top superstars in the division.