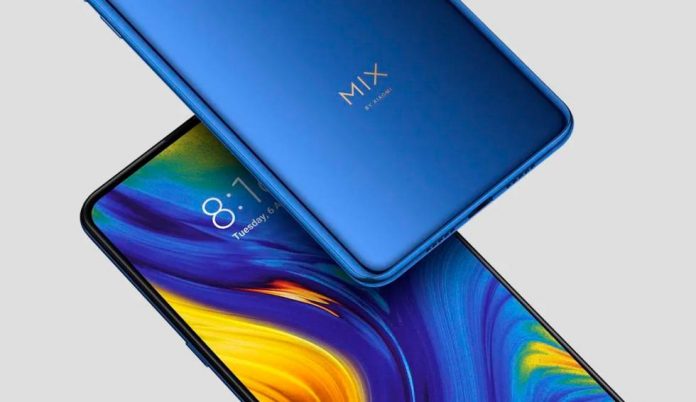 Xiaomi’s Mi Mix 4 is rumored to be coming as early as September, according to reports. The reports seem to be somewhat accurate since more and more information is now leaking. A tipster from China has posted some of the eye catching specs. Here is all the information that was recently posted:

The post reveals just about every major specification except for the display size. The post does mention that the smartphone will come with a curved screen and support for 2K resolution.

Other key specs include a Snapdragon 855 processor and a whopping 12GB of RAM. That’s not all, the post also mentions that the Mi Mix 4 will have 1 TB of storage. The phone will also have a 4,500 mAh battery and 30W of fast charging support.

Things get quite interesting for the smartphone on the rear side. According to the leaks, the phone will be equipped with quad camera technology. The four cameras are said to be of 108MP, 16MP and two 12MP lens.

There is no information on the front camera of the device at this point. We also don’t know if Xiaomi will change up the design just like it has done recently with the series. Last year’s release made big changes when it came to its design. The phone kept its huge screen-to-body ratio but it uses a slider section to reveal the front camera and sensors.

The information has not been confirmed by Xiaomi so no one knows if this is 100 percent accurate. If this all happens to be true, then the company is planning to release one of the most powerful smartphones of 2019.

The Mi Mix series is just a few years old but fans have quickly received many versions of the popular devices. The Mi Mix debuted back in late 2016 and the series quickly saw the Mi Mix 2 and its upgraded version, the Mi Mix 2S.

The series has been a huge success for the Chinese tech company. The first Mi Mix phone sold out in record time, ten seconds. Just a few weeks before, the company had sold out a different series in 50 seconds. The ten second sale set a new record for the company.

The Mi Mix later went on sale again and it was gone in 30 seconds. The sale was 20 seconds slower than the first but it was still very good numbers, so much that fans had difficulty buying the phone in China.

The Xiaomi Mi Mix 2 didn’t set a new record but it took the company less than a minute to sell the first units, 58 seconds to be exact. Other versions of the phone, including limited edition releases for the Mi Mi 2S, have also sold out quickly.