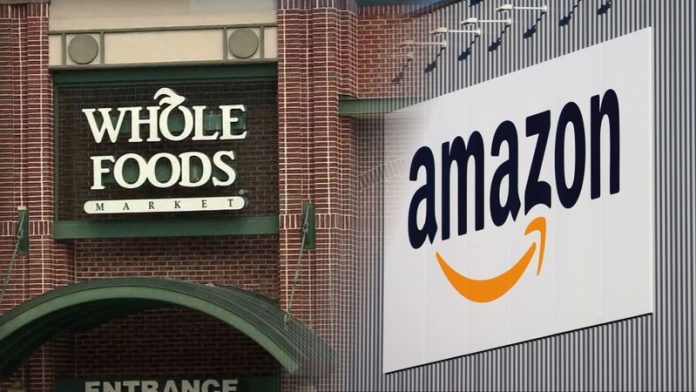 Amazon has come up with some unique ideas when it comes to the checkout of some of its stores. Now, the online retailer is reportedly testing a system that would speed up the checkout at Whole Foods stores.

The New York Post reports that the company is testing a new system that allows customers to pay for items by simply waving their hands right in front of a scanner. GeekWire says the concept is much different from the fingerprint scanning technology found in many smartphones today. The system being tested doesn’t require customers to touch the scanner.

According to The New York Post, the project has Orville as its codename and it is being tested by Amazon at its New York offices. The system is said to be on the vending machines there.

The report explains that the main goal of the company is to have the system on some Whole Foods stores in early 2020. The system would allow Amazon Prime members to scan their hands and link them to a credit card so they can make the payment.

The technology is said to be very accurate and much faster than what is currently at the stores. The Post reports that the system can make a transaction in 300 milliseconds, making it much faster than the normal transactions at stores made with debit cards and other payment options.

In recent years, the online retailer has come up with unique ways to end long lines at stores and make the process of shopping much faster. In early 2018, the company opened its first Amazon Go store. The store is just like any other store that sells food and other products but the big difference is found in the cashier section. Amazon Go stores allow the customer to grab what they want and just walk out of the store.

The customers are charged once they leave the store. The store made headlines since it uses technology to make the shopping process a much faster experience. The technology is said to be quite accurate when it comes to counting and charging customers for the items they have walked out with.

In the store, customers don’t have to worry about removing items from an app or anything like that. The technology inside adds an item to the cart or removes it if the customer decides to put it back.

The store was announced in late 2016 but the online retailer reportedly had some issues with the technology throughout 2017. After a one year delay, the first Amazon Go store opened in Seattle. The opening led to long lines but outside the store, where many customers stood to get a chance to enter the store and check out the items and new technology from the online retailer.

In June 2017, Amazon acquired Whole Foods for nearly $14 billion. The acquisition was the company’s largest move ever. The move came as the online retailer was making moves into physical locations. In late 2015, Amazon opened its first bookstore, two decades after it began selling books online. Since then, the company has opened a few more bookstores across the US.

Jul 20, 2021
Braun Strowman has not announced where he will compete next but people have spotted something that hints at his return to the company. Strowman,...