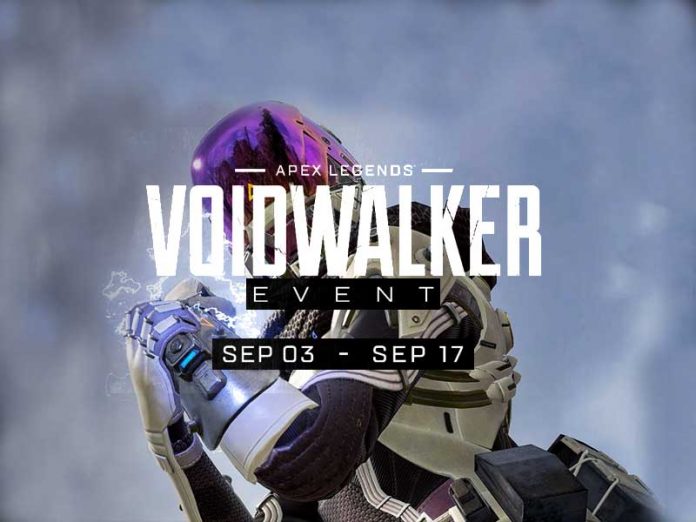 Respawn’s Apex Legends has dropped a new event known as Voidwalker. The event provides a little bit of a story for Wraith, one of the ten Legends available in the game. The event was added through an update on Tuesday and will be available for a week. Here is everything you need to know:

The event is based around Wraith, who has the ability to create portals and disappear when things get a bit out of control. The update has added a new location with a giant portal that players can jump into after leaving the ship. The location is small but it is currently a busy area since it is new.

The update also brings a new game mode known as Armed and Dangerous. The game mode is still all about battle royale but there is big twist. In this mode, players can only find Snipers and Shotguns. That’s not all, the game mode has also removed the blue, purple and gold body shields, leaving white body shields as the only option. On top of that, the shields are limited so they are extremely rare.

In the mode, players will find the Longbow, Triple Take, Kraber, and G7 Scout as the sniping options. On the shotgun options, players have the Mozambique, Eva, Peacekeeper and Mastiff. The majority of the weapons can also be found in gold variants, including the G7 Scout.

The new update has brought along a few challenges to complete. Among the challenges is winning a total of five games for the new game mode, winning with three different Legends and completing seven daily challenges.

Some of the challenges have two stages, similar to what we saw during the Iron Crown Collection Event. The challenges here take less time to complete since the event is only available for a week.

Completing the challenges for the event earns the player a few rewards. The rewards do not bring free Apex packs this time around but they do give the player badges, a music pack and a cool G7 Scout skin if they complete all of them.

The Voidwalker event comes just days after the end of the Iron Crown Collection event. The latest event isn’t as big as the previous one but it gives the players something to do while they wait for Season 3, which is less than a month away.

Speaking of events, leaks have revealed that the battle royale game could add a Player vs. Environment mode next season. According to the leak, the separate game mode will allow players to earn rewards that will likely be tied to that mode and not its battle royale side.

Nothing is confirmed at this point but it is interesting to hear that there might be something different in the plans.