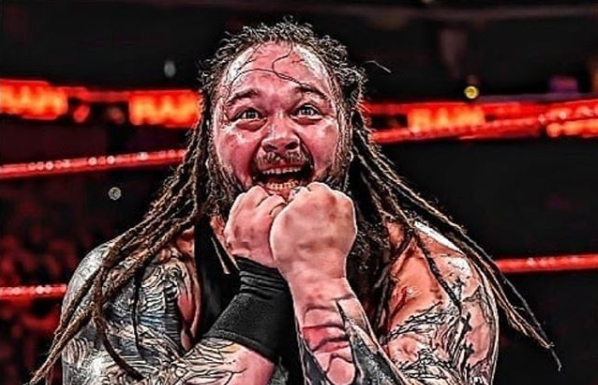 The Fiend is one of the major attractions of WWE Raw and this gimmick has been highly successful among the WWE fans. The Firefly Funhouse video packages have been very well-received by the fans and their popularity can be assessed by the live reaction the video packages received and their performance on social media. Bray Wyatt’s new character development has been highly appreciated by fans all around the world. The new Fiend merchandise was sold out on the WWE Shop and this stands as evidence of The Fiend’s popularity.

Bray Wyatt debuted his “Fiend” persona at the 2019 SummerSlam PPV, where he defeated Finn Bálor effortlessly. This decisive victory over one of the top guys in WWE pushed The Fiend to greater heights on WWE Raw and established him as one of the most dangerous forces in WWE at present. His attacks on WWE legends like Kurt Angle, Mick Foley and Jerry Lawler on WWE Raw added to his credibility and relentlessness. The overall repackaging of Bray Wyatt has been remarkably done with the terrifying mask, the equally terrifying lamp that resembles Wyatt’s disfigured head, the metal version of his old theme song “Live In Fear”, and the Mandible Claw as his signature move – all this has made The Fiend extremely popular among the WWE fans and has also helped the company with their merch sales.

In the Firefly Funhouse video packages that appeared on WWE Raw during the episodes leading up to Clash of Champions, Bray Wyatt hinted that he would challenge the WWE Universal Champion at the 2019 Hell in A Cell PPV. At WWE Clash of Champions 2019, Seth Rollins and Braun Strowman lost their WWE Raw Tag Team Championships to Dolph Ziggler and Robert Roode. Strowman blamed Rollins for their loss and the hostility between the two former tag team champions increased as the time arrived for the main event – The WWE Universal Championship match. Seth Rollins managed to retain his title by pinning Strowman following four Stomps and a Pedigree.

After the match, as Rollins stood on the ramp to celebrate, the lights went out, and “The Fiend” Bray Wyatt appeared behind Rollins. Wyatt then took Rollins out with the Mandible Claw and stood holding his head – a clear statement that he was coming for Rollins’s Universal Championship. The fans actually cheered for Bray Wyatt when he attacked Seth Rollins and that shows how popular he has become among the WWE Universe. The fans were pleased to see Wyatt make a bold statement on the WWE Universal Champion and he consequently became the hottest trending name in WWE after the end of the show. Wyatt’s WWE Championship run in 2017 was short-lived and the WWE Universe has since then been waiting to see Wyatt have a decent championship reign in WWE. After such a successful gimmick change, the fans are rooting for Wyatt to slay The Beast Slayer at Hell in a Cell 2019 and all the discussions and hype surrounding him led him to become the hottest trending name in WWE post Clash of Champions 2019.