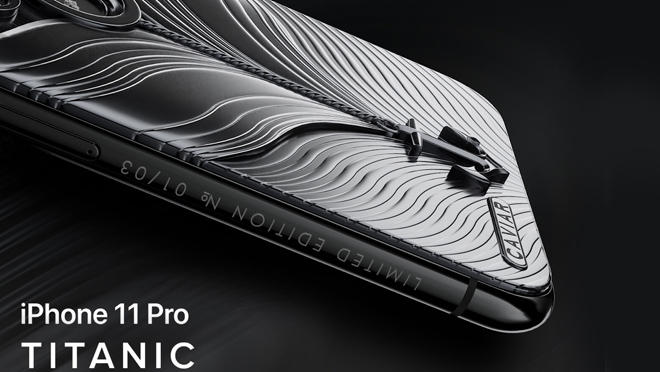 The Apple iPhone 11 was announced just a few days ago but the prices of the standard editions are next to nothing when compared to what Russian brand Caviar has just unveiled.

The design and the fragments seen in the back of the devices make this release a very very pricey one. Pricing on the Vostok-1 iPhone 11 Pro will be around $33,760. That price is for the 64GB variant of the phone. If you want to have the Pro version of the phone, that will cost you $34,940.

Back in May, the brand shocked the tech world when it announced a Game of Thrones phone with a price of $8,180. The announcement was made for the Samsung Galaxy Fold, which had been delayed the previous month. But that didn’t stop the company from unveiling its GoT design.

The design turns the Galaxy Fold into a Game of Thrones book. The body of the device is a book cover while the corners and outer parts of the phone have a sculptured design. The front of the foldable phone has the map with some of the names.

The Game of Thrones edition of the Galaxy Fold is not even close to some of the prices that Caviar has offered before. The Russian brand recently started selling Galaxy Note 9 phones for a whopping $60,000. The basic variant of the Galaxy Note 9 launched at a price of $999.

The Galaxy Note 9 from Caviar has one major difference, 1 kg of gold on the back. The company has also worked on other iPhones in the past. Back in October 2018, the brand announced an iPhone XS with a mechanical watch. The phones started at a price of $6,300 for the 64GB variant.

Months before that release, the brand announced an iPhone X with a solar panel. The iPhone, which has a thick case with the solar panel, has a starting price of $4,500. Caviar said during its announcement that it would only make 999 units.

If you’re not into smartphones, the company has also made some crazy designs with old Nokia phones. Earlier this year, the company announced the Viking Ragnar Carbon Nokia 6500, which comes with a carbon frame as well as a titanium keyboard. The specs remain the same but the price, not so much. This version of the Nokia phone has a price of $2,600.