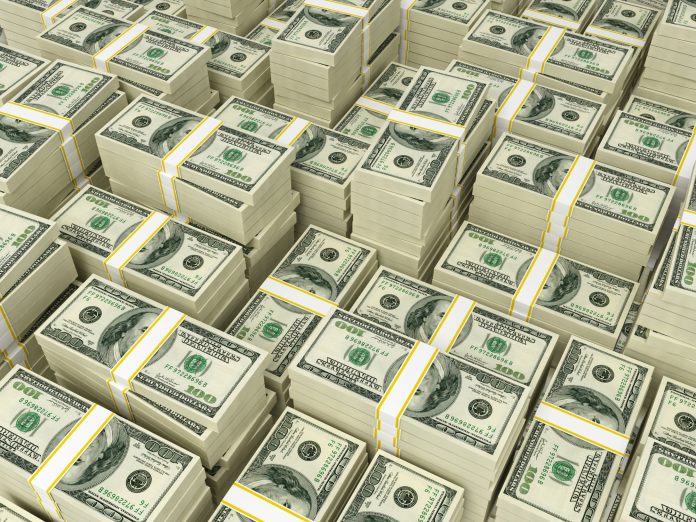 A Pennsylvania couple who spent a large amount of money after their bank mistakenly made a deposit to them, has been told to return all of it. The couple recently received theft charges after going on a spending spree with the money they knew was not theirs.

It all began when the bank accidentally deposited $120,000 to the account. The money was going to an investment firm but it instead ended up being spent by the couple. Robert Williams recently spoke to WNEP-TV and said it probably wasn’t the best thing in the end. He added that they also took some bad legal advice on the issue.

Before the error by the bank, Williams and his wife, Tiffany, had a balance of around $1,000. One day they checked their account and found that they had $120,000. In June, the couple withdrew most of that money. Part of the money was used to make a down payment on a new car.

The couple would continue their spending spree, buying a new camper, a race car and a few other things. Some of the money was also used to pay bills and help out friends. According to reports, the couple used around $15,000 to help friends.

The couple did not contact the bank about the money that was mistakenly deposited to their account. The two instead spent most of it on the cars, bills and friends. The bank found out about the error three weeks later.

When the bank contacted the couple, they had around $13,000 left on the account. The bank said to the couple at the time that they were responsible for the return of the $120,000.

Tiffany Williams was the first to speak to the bank after they contacted them. She told bank officials that she would talk to her husband and try to create a repayment agreement. Reports say the bank had a difficult time contacting the couple again.

In July, investigators interviewed the couple and they admitted to knowing that the money did not belong to them, but they spent it anyway. The bank could not contact the couple again and that’s when the charges came.

They are now facing theft and receiving stolen property charges. Local media reports that neighbors were interviewed and one responded by saying that he would have checked in with the bank first before doing anything.

Bank errors like the one involving the Pennsylvania couple are not very common. But over the years, there have been some big errors made by banks across the world. Back in 2009, a New Zealand man was mistakenly deposited millions of dollars.

The man and his girlfriend noticed the millions and decided to transfer the money to different accounts. They fled the country and moved to Hong Kong. The two were on the run for years. His former girlfriend was arrested when attempting a return to New Zealand. She said to authorities that her boyfriend had told her that the money had come after winning the lottery.

The case is not the only one that has made news in recent years. Back in 2017, a South Africa student was accidentally deposited a million dollars. The student was receiving $150 a month but the money transfer company made an error.

The student went on a spending spree with the money. Reports say some of it was spent on smartphones and other pricey things. The transfer company found out months later. Reports say the company actually found out after she was reported by another student.