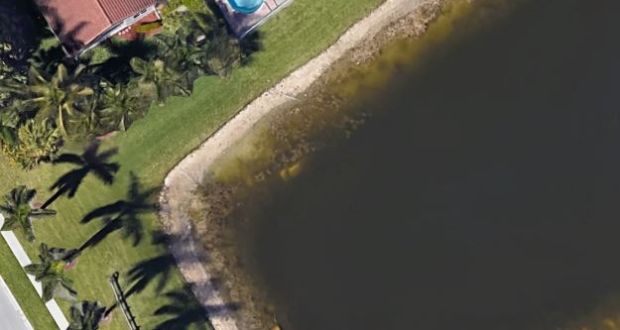 Google Earth is used by many people every day but one user made a discovery that led to the remains of a man who was reported missing 22 years ago.

It all began when a user was zooming in on his former Florida neighborhood. Authorities said the person was using the satellite images to get a better look at the neighborhood where he once lived. The person that was looking at the images spotted something in the lake.

The user zoomed in and noticed that there was a car submerged in the lake. Teri Barbera, a spokeswoman for the sheriff’s office, said yesterday that a former resident of the neighborhood was looking at the area on Google Earth when he looked closer and saw something on the edge that looked like a car.

The former resident decided to contact people in the area. A current homeowner decided to investigate on the discovery by using a drone to fly over the lake. The homeowner confirmed with the drone that there was a car submerged in the lake.

Authorities were contacted about the discovery on August 28. The car was removed from the lake and skeletal remains were found inside. According to authorities, the car’s exterior was heavily calcified.

The remains were of William Moldt, who was reported missing in 1997 when he was 40 years old. According to reports, the man went missing after he went to a nightclub in November 1997. It was said that he did not appear intoxicated when he left the nightclub.

He left the nightclub alone before midnight but was never seen again. He spoke to his girlfriend when he was at the club, telling her that he would be home soon.

Authorities never found the man and 22 years went by before someone spotted the car, which appears to be close to the edge of the lake but at an angle that is difficult to see from the ground.

Reports say the road was under construction when he went missing, but the lake was already there. The person who found the car spoke to the Palm Beach Post and said that he had never seen anything from the shoreline.

The Google Earth user is one of several people who have made discoveries since the service was launched. Back in late 2015, WOOD-TV reported that Google Maps was used to confirm something that was seen by a person. It all began when a man decorating a Christmas tree spotted something in a pond.

Authorities were contacted and a car was pulled out of the water. Skeletal remains were found in the driver’s seat. The remains were of Davie Lee Niles, who went missing on October 11, 2006.

Authorities found that the car was under his name. They also found a wallet but couldn’t officially confirm the identity. The family was later told that the remains were of Davie Lee Niles, who was last seen at a bar that he often visited. The last thing they knew of him was that he had left the bar after meeting a friend there. The discovery came nearly ten years after his disappearance. In 2011, the family held a funeral but it was reported after the discovery that they were planning to have a proper funeral for him.