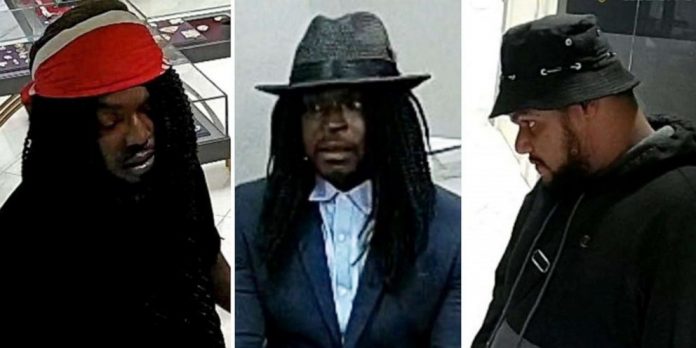 One of three robbers believed to have been involved in a heist last month has been caught in Florida, officials have confirmed. The arrest was confirmed on Tuesday but authorities are still on the search for others.

Pedro Davila, who was living in The Bronx, was caught by authorities at a different state. Local cops in Pasco County, Florida, confirmed that he had been arrested. The arrest happened on Sunday night.

He is expected to face a Florida judge soon, according to prosecutors at the Southern District of New York. Davila is believed to have been involved in a heist at the Avianne & Co. on West 47th Street.

He is the only person that has been arrested so far. Authorities have the name of one but have yet to identify the other person involved in the heist. All three are seen in the videos. At least two of them are seen close to the cameras.

Videos of the Robbery

Last month, NYPD released a video of the moment in which the trio started the heist. The video shows one of the robbers wearing a suit and a fedora over thick braids. The robber pretends to be a customer but then reaches down and pulls out a pistol.

The robber points the weapon at one of the workers and then he is told to get on the floor. The video shows other people also on the floor as they stand near them. The end of the video shows the robbers grabbing bags for the jewelry.

Employees Tied Up, Robbers Leave With Millions In Jewelry

Police said two of the men appeared to be wearing wigs while a third, who is seen walking around the place with a bag before it begins, is wearing a bucket hat. The New York Post reported that the men entered the store and claimed they were looking to buy rings. Once there, they continued pretending they were customers. Two of the robbers appeared to be in different parts of the store when the man sitting on the table pulls out the pistol.

One of the employees was forced to open the store’s safes. The robbers then tied the four workers and ran off with a number of jewelry pieces estimated to be worth $4 million, according to police.

The workers removed the tape off them with pens after making sure that they had left the store. One of the workers said the robbery took around 15 minutes. That worker mentioned that the thieves were very sloppy because they weren’t in coordination.

First Arrest Since the Heist

Authorities released a very clear video of the suspects, including the one seen walking around with a bag before it all began. But this is the first arrest since the August 25 heist.

Authorities have not revealed if any jewelry pieces were recovered after the arrest. A worker said the robbers had taken a lot of merchandise. The store is famous for designing expensive pieces for artists.