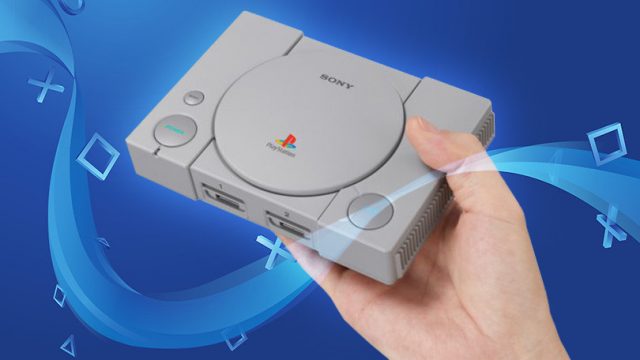 GameStop has dropped the price of the PlayStation Classic to a low $19.99. The console was previously at $39.99, which is the price that the console has been on in the last few months.

The PlayStation Classic, announced late last year, is a much smaller version of the original PlayStation. The console comes with a number of changes, including an HDMI port and no disc drive.

Tekken 3 and Other Classics

The console was initially announced along with a selection of five games, including Tekken 3. Sony said it would later reveal the other 15 games that the console would launch with. The rest of the games included other classics.

The announcement of the console brought some excitement to fans since the PlayStation is known for its huge lineup of great games. The confirmation that the console would only bring 20 games quickly brought doubts among fans.

20 games was considered by many as not enough for a console that has a ton of good games. The announcement of the 20 games immediately brought disappointment to some since many games were left out.

The PlayStation Classic never took off as Sony wanted. The console quickly saw its price drop from $99.99 to $69.99. In just a few months, the console saw two big price drops, indicating that things had not gone well.

One of the things that appeared to keep fans away was its price of $99.99. Many considered it way too high for a console that only features 20 games. The console has several classics that are now difficult to find but many still saw the price a bit too high.

The $99.99 price was a big no for some but its recent drops have made it a solid option. In the last few months, the console has been priced between $40 – $50. But the GameStop price drop to $19.99 makes it an even better option.

The console has a small selection of games but the low price easily makes it a good buy for those wanting to play some PlayStation classics. The only bad part about all of this is that Sony did not add a disc drive, which means there is no way to play other games that you own from that era.

GameStop appears to be the only one with the $19.99 price. On Amazon and Best Buy, the console is available for $29 and $59.99. But it probably won’t be long before they drop the price since they have done that a few times in recent months.

Did you buy a PS Classic? What are your favorite PS games? Would you like to see another version of a PS console? Let us know in the comments.