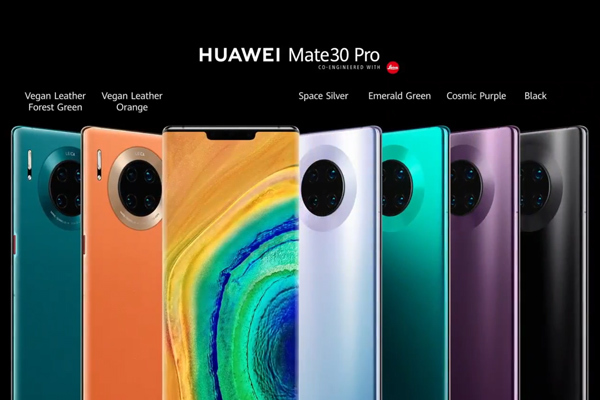 Huawei has launched its Mate 30 smartphone but the bad news were confirmed during the event. The device is without many of the apps that make Android phones an attraction among buyers.

The latest phones from Huawei, the Mate 30 and Mate 30 Pro, come without popular apps such as Gmail and YouTube. The devices also come without the Google Play Store, which is where many Android users download their apps.

This information is not exactly a surprise since reports had recently revealed that the Mate 30 phones were likely going to skip on Google apps. The lack of Google apps is a huge loss for this Huawei phone. Popular apps such as Google Maps and YouTube are not part of the phone.

These apps are usually found pre-installed on the phone, allowing users to easily access them after buying or switching to a different phone. Huawei has confirmed that the phone comes with alternative apps.

A spokesman for the smartphone giant told the BBC that apps such as Facebook, WhatsApp and Instagram will be available through its store, the Huawei App Gallery.

For weeks, there were rumors that the Mate 30 phones would be the first Huawei devices to arrive without the Google apps. This is all happening over the dispute between the US government and the Chinese company, which has already unveiled its very own operating system.

The company was recently given a 90 day extension to continue doing business with US companies. But reports mentioned that the extension would not include some devices. The Mate 30 was said to be among those devices.

The company talked about the lack of apps some time after the event began. The talk was brief, with Huawei CEO Richard Yu mentioning that because of the US ban, the phone cannot pre-install Google Mobile Services.

A few weeks back, the company announced its own operating system. The announcement came as the rumors of the phone losing Google apps surfaced. The operating system is seen by many experts as a backup plan if things were to go really bad in the near future.

The company has received an extension but no one knows how long this will continue. The Mate 30 is the first Huawei phone without Google apps. Huawei is planning to make other launches this year and those might lose the apps as well.

The Huawei Mate X could be the next big announcement from the company. The foldable phone was going to be released earlier this year but the company decided to push back the release date. Reports have mentioned that the Mate X could also be one of the phones to launch without Google apps.

Huawei recently gave more information on the new OS and confirmed that it would not come to any of its phones this year. The company is behind other products such as smartwatches and tablets so we don’t know if the OS could first arrive to those devices.

Huawei is not the first company to have its own OS. Some giants have already done the same but Android continues to be the most popular. One of its main attractions is its super popular apps such as Gmail and Google Maps.

Huawei has had lots of success in recent years but the dispute could heavily affect the company. We’ll keep you updated when there is more information on the Mate 30 smartphones.