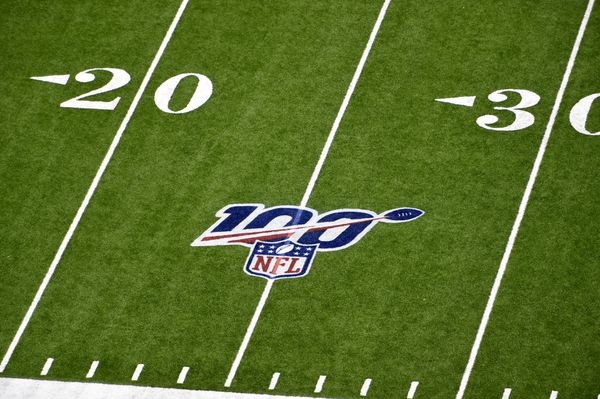 The NFL is back and Week 1 has been a big one so far. Here are the results and everything you need to know about the games that took place on Thursday and Sunday:

The first game of the regular season was a low scoring one. Rodgers threw for one TD while the Bears offense struggled to get anything going. 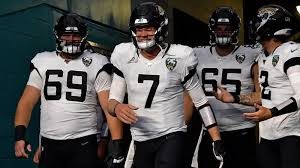 Nick Foles opened with a TD but his debut with the team was a short one as he suffered a shoulder injury that will leave him out indefinitely. The Chiefs saw big yardage from Watkins, who had nine catches for a whopping 198 yards and 3 touchdowns.

The Browns came in with one of the most talented rosters in the NFL. But the Titans defense had three interceptions on Baker Mayfield. The Browns huge loss is definitely one of the big shocks of Week 1.

Cousins had just 98 yards passing with one touchdown but the running game was a much different story. The Vikings ran for over 150 yards and three touchdowns. The Falcons running game struggled and Ryan threw two interceptions.

The Ravens scored and scored, pulling away early on. The game was never close and the Dolphins never got anything going. Lamar Jackson had five touchdowns in just 20 passing attempts. 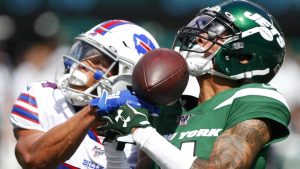 The Jets had the lead for most of the game but the Bills scored 14 in the fourth to take the comeback win. Bell debuted with a receiving touchdown but Darnold had just 175 yards passing for one touchdown. Allen threw one touchdown and two interceptions.

The Redskins opened the game with huge plays. The game was 17 – 0 at one point but the Eagles appeared to be bouncing back late in the second. The comeback started with two big touchdowns to Jackson, who returned to Philadelphia earlier this year after playing in Washington and Tampa Bay.

The Rams held on for a win after a late comeback by the Panthers. Newton did not throw for a touchdown while Goff had less than 200 yards passing for one touchdown and one interception.

The Chargers entered the fourth quarter with an eight point lead but that quickly turned around with an interception and drive by the Colts offense. The game went to OT, where the Chargers scored to win the game.

Dalton threw for over 400 yards but the Seahawks were able to hold on for the win. D.K. Metcalf had a solid regular season debut with four receptions for 89 yards.

Winston threw three interceptions and the 49ers secured their first win of the season. Both offenses had less than 200 yards passing.

The Giants kept the game close early but the Cowboys offense had more than 400 yards passing along with four touchdowns from Prescott and a rushing touchdown from Elliott.

The Patriots opened the season with a big win over the Steelers. Brady threw for 341 yards and 3 touchdowns. The Steelers only points came from a field goal in the third quarter.

The Lions were on their way to victory when Murray and the offense made a comeback to take the game to OT. In OT, the two only scored three points, ending in a tie.

The Saints – Texans and Raiders – Broncos will play later today. Week 2 begins with Thursday’s game between the Panthers and Buccaneers.