Week 1 of the NFL is almost here and all teams will be looking to start off the season on the right track. The start of the season has some okay matchups and some really really good ones. Here are the big matchups, trades and everything that’s happened recently: 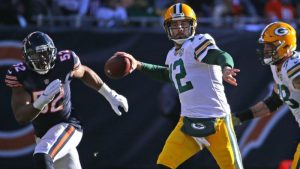 This is a really good game to start off the season. The Bears were a great defense last year and the team made it to the playoffs. Week 1 will be against division rival Packers, a team that has made some coaching changes to get back on track.

The Super Bowl Champions will go up against the Steelers in Week 1. The teams have put up great games in the past and this could be another classic. The Steelers missed the playoffs last year and lost some stars in the offseason but the team is still considered a strong candidate for the division.

The Saints were close to reaching the Super Bowl last season and the teams remain strong, with stars such as Brees and Thomas, who recently signed a big extension to remain with the team for many more years. The Houston Texans had a nice 2018/19 season and they will be looking to repeat that. The team recently traded Clowney to the Seahawks and then traded for Stills and Tunsil.

The NFC East will open with two division matches, Cowboys vs. Giants and Eagles vs. Redskins. The Cowboys come in with a few questions, including those contract extensions that have been rumored for weeks. The Giants are not favorites for the division but this is an NFC East matchup, which could make things a bit more difficult for the Cowboys.

The Jaguars had a disappointing campaign last season, ending at the bottom of the division after a great season the year before. The Jaguars still have a very solid defense so this matchup is a great test for them. The Chiefs come in after a great campaign last season in which Mahomes became one of the best QBs in the league. Kansas City recently signed LeSean McCoy, adding another big name to its already super talented roster.

Week 1 begins this Thursday with the matchup between the Packers and Bears. The rest of the matches will take place on Sunday and Monday.