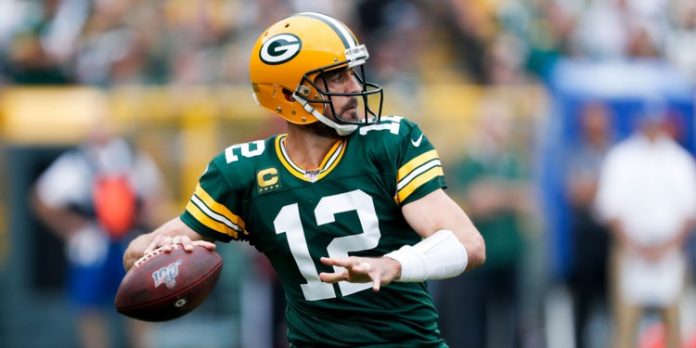 Week 3 of the NFL kicked off on Thursday but the big surprises came on Sunday. New starting quarterbacks and big performances made this one of the best weeks so far. Here are the results, news and more on Week 3:

Gardner Minshew threw for 204 yards and 2 touchdowns and the Jaguars moved to 1 – 2 in the season. The Titans were held to just one touchdown, which came in the fourth quarter.

The Cowboys struggled in the first half but pulled away in the second half and kept the Dolphins winless. Dallas is now 3 – 0 in the season.

The Lions held the lead for most of the game and held on late to take the win in Philadelphia. The Eagles were coming off a loss against Atlanta and the big negative in this match seemed to be the dropped passes. The team dropped a total of seven passes, including one late in the game.

The Bills continue their win streak after a close win against the Bengals. Buffalo is now 3 – 0, which ties them for first in their division. The Bengals dropped to 0 – 3, which puts them last in the AFC North.

The Falcons were coming off a win against the Eagles but they could not duplicate their success today. The Colts improved to 2 – 1 in the season while the Falcons dropped to 1 – 2.

The Patriots made news earlier this week after releasing Brown. But New England got off to another impressive start, taking the lead early and never looking back. The Patriots have scored more than 30 points in each of their games.

The Vikings got huge help from their running game, rushing for more than 200 yards combined. Cousins added a passing touchdown and the Vikings improved to 2 – 1 in the season. The Raiders are now 1 – 2.

The Chiefs and Ravens came into Week 3 with 2 – 0 records. Jackson had a number of big plays but Mahomes and his offense took the win. The Chiefs are now 3 – 0 in the season while the Ravens are 2 – 1.

Kyle Allen was named the starting QB for the Panthers earlier this week and he got off to an impressive start. 4 touchdowns from Allen gave the Panthers their first win of the season. The Cardinals have dropped their last two games after ending with a tie in Week 1.

The Packers improved to 3 – 0 after two big touchdowns from Aaron Jones. Rodgers finished with 235 yards and one touchdown pass. Lindsay had two rushing touchdowns for the Broncos, who dropped to 0 – 3.

The Saints saw big plays from Kamara and the team took the win against the Seahawks. Seattle scored a touchdown late in the game to make the score a little closer but the game was over late in the fourth. 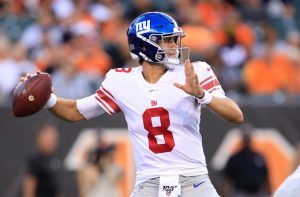 The Giants entered Week 3 with a new starting QB, Daniel Jones. The Buccaneers appeared to be on their way to a win but a missed FG gave Jones a win in his debut. Jones had a solid debut, throwing for 2 touchdowns and rushing for two more.

The Texans got off to a slow first half but the team outscored the Chargers 20 – 3 in the second half to take the win.

The 49ers struggled early on, with three turnovers. The game was close but the 49ers scored 14 in the third to take the lead. San Francisco is now 3 – 0 in the season while Pittsburgh is 0 – 3.