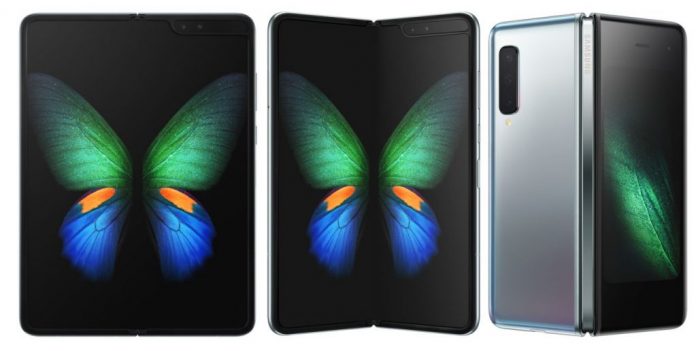 It was recently confirmed that the Galaxy Fold will go on sale starting this Friday. The foldable phone will first arrive to South Korea before making its way to other markets such as the US, Singapore and the UK.

The launch will come with a major change though. Customers who were sitting back waiting for their Galaxy Fold pre-orders to be confirmed will have to find other ways to buy the phone or pre-order again since Samsung has decided to cancel all pre-orders.

The foldable phone went up for pre-order earlier this year. But those who pre-ordered early will probably be out of luck since the company appears to be cancelling all of them. The news come from several tech sites and YouTubers.

The company is emailing customers to notify them that their pre-order has been cancelled. The Verge reports that a Samsung representative confirmed that the company is cancelling the pre-orders made online through Samsung.

The cancellation comes just hours before the phone goes on sale in South Korea. The foldable device will first be available there before arriving to other markets, including the US, which is rumored to be getting the phone some time this month.

The cancellation is a move that no one really saw coming, especially with the phone being just hours away from its debut in South Korea. The company has confirmed that there will be a reward for those who got their pre-orders cancelled. The reward is $250 in Samsung Store credit. This is a pretty nice consolation prize but there will obviously be many customers disappointed by the company’s sudden cancellation of pre-orders.

Samsung has not launched pre-orders for the Galaxy Fold. The company currently has a reservation line for those who pre-ordered the phone and notified the company that they did not want their pre-orders cancelled after the delay of the phone.

The Galaxy Fold, which was delayed just days before its launch, was going to be released on April 26. After the delay, Samsung announced that it would cancel pre-orders if they did not hear back from their customers or if the phone was not shipped at the end of May. Those who responded to Samsung are the only customers that have a pre-order remaining.

The Galaxy Fold is the company’s first foldable phone but patent information revealed by LetsGoDigital has shown that the company might be considering other designs. Among the designs is a phone with a rollable screen.

The Galaxy Fold Is Here

The Galaxy Fold will enter the foldable market with just a few competitors. The only competition at the moment is Royole, which was the very first company to announce a phone that can fold. Huawei has unveiled the Mate X but the foldable phone was delayed weeks back and it is rumored that it could debut some time this year.

Did you pre-order the Galaxy Fold? Are you planning to purchase a foldable phone in the near future? Let us know in the comments.