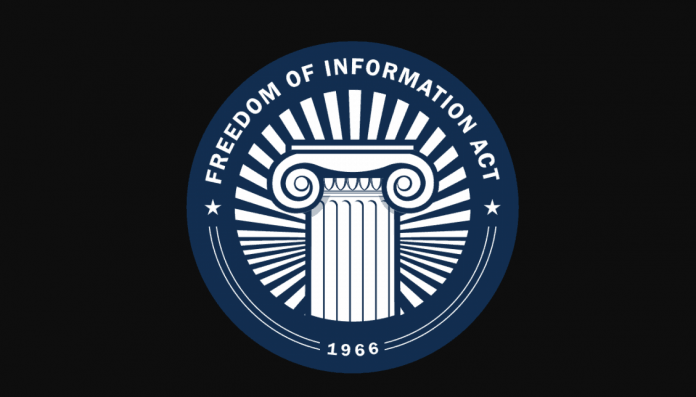 Since 1966, the United States Freedom of Information Act (FOIA) has made government-held records public whenever possible.

Yet accessing records via FOIA requests by going through official government channels has become increasingly difficult, outside of third party nongovernmental organizations. When a request is made, it must be made through specific channels, and often come with an operational fee to justify the extra work involved. Typically there is no one agency that handles all records, so prior research is often required. Even when a record is located, obtaining it usually requires the submission of personal information and a reason for wanting the document.

Courts are filled with cases of legislators justifying why interdepartmental communication is not a matter of public record, and in June, a supreme court ruling of 6-3 held that the FOIA does not entail the disclosure of a government-generated record if a business labels it confidential. This ruling held that this can happen even if the information in the record is not harmful to the business.

Now, a bipartisan group of senators seek to counter the ruling. Senator John Cornyn (R-TX), a former journalism major, Dianne Feinstein (D-CA), Chuck Grassley (R-IA), and Patrick Leahy (D-VT), are pushing for legislation that would bring power back to the FOIA.

“I consider (freedom of information) a very conservative approach to government,” said Cornyn. “If public officials know that their actions are going to be transparent and publicly visible and available to voters, it does have a very important way of regulating their actions.”

Previous to the ruling, Cornyn and his committee sent a letter to the Justice Department requesting answers for why the FOIA system had so many slowdowns and delays. The letter specified that some FOIA requests were multiple decades old, and that there were tens of thousands of FOIA request left in multiple agencies backlogs.

“While FOIA does not preclude this authority, experience under the Obama administration and prior administrations shows that the involvement of political appointees making determinations can add unnecessary delays to the review process, potentially violating FOIA’s statutory deadlines,” The committee wrote. “Expressly affirming appointees’ authority to issue final determinations may embolden future senior officials and increase the chances—under any administration—that final FOIA determinations are unnecessarily delayed or driven by political considerations rather than the law.”

The proposed bill – called the “Open and Responsive Government Act of 2019” – seeks to return FOIA precedent to regulations similar to its original 1960s standards. Emily Manna, a policy analyst for Open the Government, a 100+ coalition of political organizations, assisted in writing the bill. She said that the policy for the release of records over the past two presidential administrations has deteriorated. While private organizations and third party websites offer a solution for finding and obtain public records, Manna is insistent that the government should follow suit in making records easier to obtain.

“Last month’s Supreme Court overturned more than 40 years of FOIA precedent, and will force government agencies to withhold large swaths of information about private contractors and other companies who do business with government,” said Manna. “This bill would return us to the status quo, and restore the public’s right to access this critical information.”

Open the Government isn’t the only coalition against recent changes to the FOIA and what is defined as confidential. The Reporters Committee for Freedom of the Press, as well as 38 news agencies appealed to the Environmental Protection Agency (EPA) over a new rule that allows EPA appointees the opportunity to turn down the release of requested public records.

The proposed changes to the current bill include language that expands on the term “trade secret” and what justifies an exemption. As written now, the bill species that a document can be ruled confidential if they contain “trade secrets and commercial or financial information obtained from a person and privileged or confidential;”

The proposed change would add the clause: “provided that the term ‘confidential’ means information that, if disclosed, would likely cause substantial harm to the competitive position of the person from whom the information was obtained.”

The bill to roll back the newer changes would also address redactions in a record, and further explain what is deemed justifiable, and what is not justifiable.

The proposed changes would add:

(1) does not authorize the withholding of information or limit the availability of records to the public, except as specifically stated in this section;

(2) does not authorize the withholding of a portion of an otherwise responsive record on the basis that the portion is non-responsive; and

(3) is not authority to withhold information from Congress. “The Freedom of Information Act is a cornerstone of our country’s belief in open and transparent government,” Senator Cornyn (R-TX), one of the bill’s co-sponsors, said in a statement. “As court rulings are released and case law changes, updates like this must be made to FOIA to improve compliance and ensure Americans can continue to hold those who represent them accountable.”