Smoking vs. Vaping: What is better for the environment? 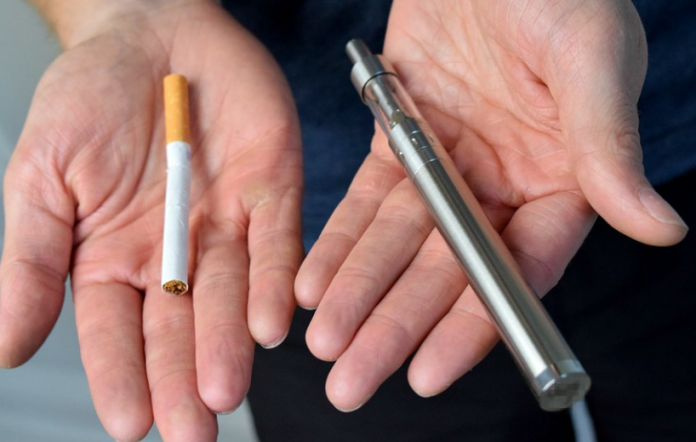 By smoking, you harm not only those people who are around you but also the environment you live in. In spite of all the hazards of tobacco, many smokers can’t quit their habit. A recent alternative in the form of electronic cigarettes is already proven to be safer than smoking for users’ health. But is it less environmentally harmful?

There’re five ways smoking and vaping can affect the environment. These effects differ, and one of the two practices is more damaging to our planet. Let’s take a closer look at the changes your tobacco or electronic cigarettes can make to nature.

As a smoker and an environmentally conscious person, you can do one good thing for Mother Earth – quit tobacco and start saving trees. You may want to know more about a safer alternative and need the best vape mod guide.

Drying and curing the tobacco plant involves burning wood. 11.4 million tons of solid wood are wasted for this purpose every year. That’s because this plant is vulnerable to a variety of diseases and has a whole range of insect pests which like to feed on its every part.

Paper is also used to produce paper, filters, and packaging. One tree is destroyed for 300 cigarettes produced.

There’s no statistical data on how many trees are cut for vaping production needs. But it’s understood that paper is necessary only for packaging.

Why is the removal of forests so dangerous? Trees convert carbon dioxide into oxygen for all living things. Forest is a natural habitat for animals. Global warming is largely caused by deforestation.

A huge number of different pesticides, fertilizers, and other chemicals are used in the cultivation of tobacco. These hazardous pollutants accumulate in the soil and eventually hamper its fertility. Tobacco is extremely demanding of the soil and pulls all essential nutrients out of it. These two factors make the lands unsuitable for cultivating any other plant.

The manufacturing of vape mods and e-liquids doesn’t involve farming. Thus, it doesn’t cause soil degradation.

About 5.5 trillion cigarettes are produced globally every year. So, it’s not surprising that cigarette butts top the list of the most littered items. They make up 38% of all collected litter.

It may surprise you to know that a cigarette butt doesn’t biodegrade in a natural way. 80% of cigarette filters are composed of cellulose acetate, a plastic-like fiber. Various sources state that butts take 18 months to 12 years to disintegrate and decay. Millions of butts end up floating in water bodies or lying on the ground and giving off benzene, arsenic, ammonia, lead, and formaldehyde, and other toxic residue harming wildlife.

Smokers emit nearly 2.6 billion kg of carbon dioxide and 5.2 billion kg of methane into the atmosphere annually. Both of these chemicals are contributing agents to global warming.

Vaping is a relatively new phenomenon. Scientists still have to find out the long-term effects of vaping on people and the environment. Some studies found toxic chemicals in vapor, but the amount was very small in comparison with their concentration in tobacco smoke. Therefore, the air mixed with second-hand vapor is cleaner than that mixed with second-hand smoke.

Those who use vape mod kits don’t create so much waste. Let’s consider the following example. 10 ml of an e-liquid is equivalent to 6 packs of traditional cigarettes. During this time, a pack-a-day smoker leaves 120 cigarette butts – the litter that lasts for years while harming the environment.

Of course, some waste does remain: cartomizers, empty bottles from e-liquid, depleted batteries. But e-cig parts are recyclable. Even when some irresponsible vaper throws them away improperly, the effect on the environment is less damaging in comparison with cigarette butts.

4. The impact on animals.

Tobacco smoke consists of about 7,000 different chemicals, of which at least 250 are known to be harmful.  In fact, just one cigarette butt per 8 liters of water is deadly to water fleas, tiny crustaceans that live in aquatic environments.

Turtles, small fish, and seabirds can accidentally swallow cigarette butts which contain the toxic residue. The consequences are poisoning and even death. The butt swells in the animal’s stomach and creates a false feeling of satiation. So, it doesn’t eat and starves to death. Every year, cigarette debris kills at least 1 million seabirds and 100,000 mammals.

If you use a vape box mod, keep the bottles with e-liquid out of children’s and pets’ reach. Most e-juices contain some level of nicotine – from 3 to24 mg/ml. Accidental consumption leads to nicotine poisoning, which can be extremely dangerous.

Vaporizing creates a minimal risk of fire as the process doesn’t involve combustion. So, a vaper won’t burn down their house in case of falling asleep in a bed with an e-cig.

You might have heard about vape battery explosions that lead to a fire. The incidents are very rare, and most of them are caused by some kind of user error. If you’re going to buy the best vape mod, make sure you get an appropriate model for your level of vaping experience. Something simple like a puff bar with a smaller 280mAh battery is a safe alternative to larger battery vapes.

Lithium-ion batteries that are also used in other electronic products like laptops or smartphones have a tendency to explode on planes due to the changes in air pressure. So, airports have strict requirements for transporting the batteries safely.

Cigarette-induced fires take hundreds of lives in the U.S. every year and injure thousands more. 10% of the world’s forest fires are caused by discarded cigarette butts. The way you dispose of your cigarette butts may make a difference.

To keep a long story short, vaping is more Earth-friendly then smoking. It helps to preserve forests and soil fertility, doesn’t endanger animals and is safer for our planet in general.