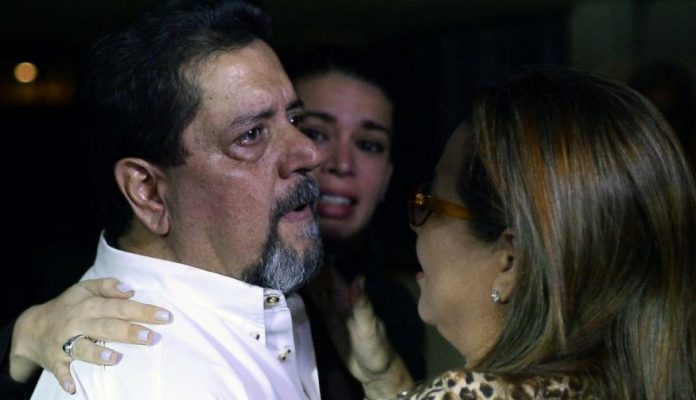 Edgar Zambrano has been released from prison after reports of a deal between some members of the opposition and Maduro’s side. The deputy of Venezuelan opposition leader Juan Guaido was arrested back in May.

The deputy was arrested following a failed uprising in which some of Venezuela’s military took Guaido’s side. The uprising was said to be organized by Juan Guaido, who took over as Venezuela’s interim president in late January.

Mr. Zambrano was detained on treason charges and had been in prison ever since. His release comes a day after Nicolas Maduro reached a deal with some members of the opposition.

The deal comes after the end of talks in Barbados, where the two sides had been meeting to discuss an agreement to help solve the political crisis.

Back in April, Mr. Guaido led an uprising with several members of the armed forces. The members were seen wearing a blue strap on their arms to show support for Guaido, who showed up with one of the opposition’s most popular members, Leopoldo Lopez. Mr. Lopez was on house arrest at the time but later moved to an embassy to avoid being arrested by Maduro’s side.

Mr. Guaido appeared near an air force base in Caracas to call for support. The uprising came just a few months after Mr. Guaido stepped in as the country’s interim president. He is currently recognized as interim president by more than 50 nations, including the US and Colombia.

Reports say Mr. Zambrano refused to get out of his vehicle when surrounded by intelligence service agents. The agents then decided to tow the car to the prison with him inside.

Mr. Zambrano spoke to reporters after his release, saying that he managed to escape from a situation that he hopes all political prisoners manage to escape from.

Venezuela’s political crisis continues as Guaido and Maduro are battling for power. Guaido is recognized as interim president by many nations while Maduro is said to have the support of a high percentage of the military. Maduro claims he is the president after winning a presidential election held last year.

The presidential election has been described as a fraud by the majority of the opposition since it was moved up and many of the candidates did not have the chance to participate. The results showed solid numbers for Maduro, despite surveys revealing that his approval rating was very low.

In July, Venezuela released 22 prisoners, including a judge. The decision came shortly after the release of a UN report.