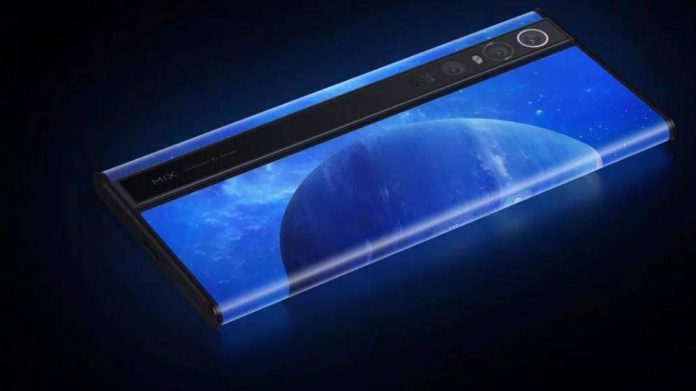 Xiaomi has given details on a crazy smartphone design that it plans to release in the near future. The Mi Mix Alpha has a screen that wraps around the sides and into the back of the phone. The company mentions on its blog post that the phone is almost entirely display.

Xiaomi also mentions that the device is a concept phone but that doesn’t mean it is years away from a debut. The company says the device will go on sale in December in China. That means the phone is just a few months away from its debut.

Screen that Wraps Around

The impressive part about the smartphone is that it has a screen that wraps around. A screen like this makes it sound like it will be a foldable smartphone but it is not. The phone appears to be a different project than what the company has recently teased with its foldable smartphone.

What we know so far about the screens is that the sides will be used as status bars. Battery, connectivity and other icons will be part of the sides. The phone has just one physical button at the top, which is used to turn on/off the device.

The specs are pretty solid, the phone will be powered by a Snapdragon 855 Plus processor. On top of that, there is 12GB of RAM, 512GB of storage and a 4,050 mAh battery. One of the most impressive things is found on the camera department. The device has a main camera of 108MP.

Earlier this month, it was rumored that the company was planning to have 108MP camera sensors on its smartphones and the Mi Mix was rumored to be one of them. The rumors appear to be right as the concept phone has a 108MP main camera.

Its release is said to be taking place in China first. This is not a huge surprise since the company has released other phones there first in the past. Some phones have been released in other markets shortly after so a release outside of China can’t be ruled out.

The Start of a Foldable Smartphone?

The confirmation of the concept phone has brought comparisons to the foldable device that Xiaomi has recently teased. The foldable device has not been officially unveiled but the company seems to have a product that is near completion.

The announcement of the Xiaomi Mi Mix Alpha has some thinking that the company is starting out with this device and then moving on to the foldable version. It is easy to see why the phone is being compared to a foldable device since it sort of looks like one.

For now, the Mi Mix Alpha appears to be the next big release from the company. But with all the foldable devices being released and the rumors of other companies joining the race, it probably won’t be long before we see Xiaomi’s foldable phone.