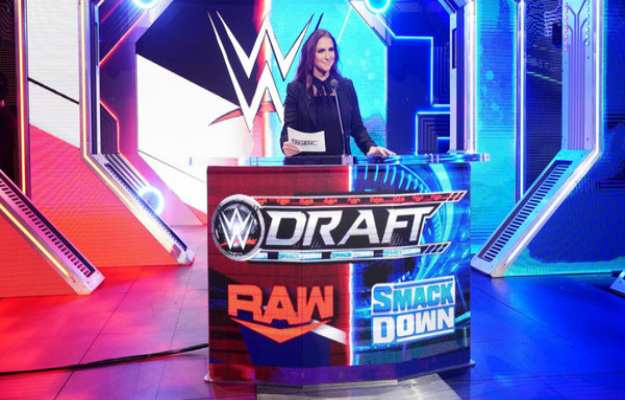 The 2019 WWE Draft is now underway, bringing a nice refresh to the SmackDown and Raw rosters. Night 2 of the WWE Draft will continue later today. But here we have all the selections of Night 1, which began with the Raw brand earning the first overall pick.

Round 1 (Raw and SmackDown)

Becky Lynch (Raw) – Becky Lynch was selected with the first overall pick after Roman Reigns and Seth Rollins battled for the pick. The match ended with The Fiend once again interrupting Rollins and getting a DQ win for the Raw brand.

Roman Reigns (SmackDown) – Roman Reigns will be staying on SmackDown after he was selected with the second pick by the brand.

The Club (Raw) – The Club is moving to Raw after a run on the SmackDown brand. AJ Styles is currently the WWE US Champion so this means the title is moving to the brand too. During the WWE Superstar Shakeup earlier this year, some titles made moves, including the US Championship.

Bray Wyatt/The Fiend (SmackDown) – Bray Wyatt (The Fiend) is moving back to the SmackDown brand. The last time Bray Wyatt was part of the SmackDown roster, he won the WWE Championship. This time it will be a bit different since he is now The Fiend.

Randy Orton (Raw) – Randy Orton is moving to Raw after an interesting run on the SmackDown brand.

Sasha Banks (SmackDown) – Sasha Banks will be moving to SmackDown after nearly capturing the WWE Raw Women’s Championship at the Hell in a Cell PPV.

Ricochet (Raw) – Ricochet will be keeping his talents on Raw. It will be interesting to see who he feuds with next.

Braun Strowman (SmackDown) – Strowman is one of the most interesting moves of the draft so far. His career has mostly been on the Raw brand but this should provide some new feuds. Brock Lesnar is there as well so it would not be surprising to see him go after the WWE Champion.

Bobby Lashley (Raw) – Bobby Lashley is staying on Raw, a brand where he’s had some success after winning the WWE Intercontinental Championship multiple times.

Alexa Bliss (Raw) – Alexa Bliss and Nikki Cross are both moving to Raw so this probably means they will continue their tag team run.

Lacey Evans (SmackDown) – Evans is moving to SmackDown after a short run on the Raw brand. Will she compete for the women’s title right away? 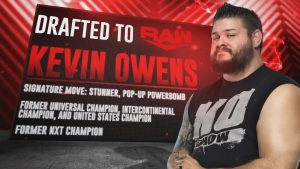 Kevin Owens (Raw) – Kevin Owens is moving to Raw after a long feud with Shane McMahon. Owens has had success on Raw in the past so this move could be very interesting.

The Revival (SmackDown) – The Revival will compete on SmackDown, bringing a new tag team to the roster.

Natalya (Raw) – Natalya will be keeping her talents on the Raw brand. Will she go for the WWE Raw Women’s Championship?

Nikki Cross (Raw) – Nikki Cross is moving to Raw, the same brand Alexa Bliss has moved to. Will they continue to go after the tag team championships?