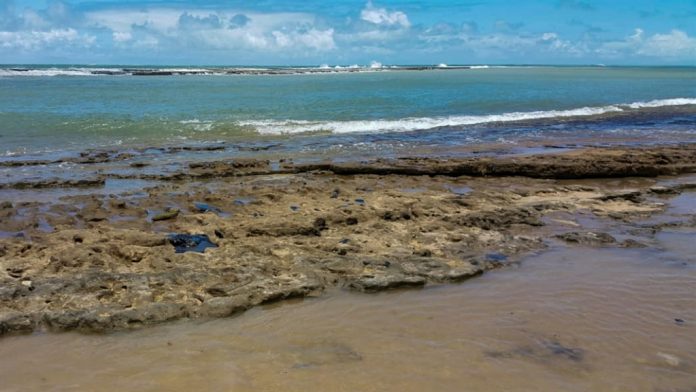 The oil that has washed up on Brazilian beaches in recent weeks is believed to be from a foreign ship. The Brazilian government thinks the oil spill was caused by a neighboring nation, which is known for its oil production.

On Wednesday, the government revealed that the oil spill was likely caused by somebody else. Brazil’s Environment Minister, Ricardo Salles, said during a hearing in congress that a study done by state oil company Petrobras had come to the conclusion that the oil is very likely from Venezuela.

Authorities have been investigating the spill for quite some time now. In the last four weeks, the oil has spread to more than 130 beaches. The minister revealed that a foreign ship near the country’s coastline appeared to have been behind the spill. Authorities do not have any other details on how it happened.

The minister added that over 100 tons of oil had been removed from the coastline since the start of September. He explained that the spill was enormously difficult to contain.

Venezuela has not responded to the comments by the minister. But the comments will likely escalate the tensions between the countries since Brazil’s president, Jair Bolsonaro, has repeatedly criticized the Venezuelan government, which is currently divided, and supported the pressure against Maduro, who continues to be in power despite a humanitarian crisis that has forced millions to flee in the last four years.

Just a few days ago, Bolsonaro denied rumors that the spill had been caused by a sinking ship. He told reporters at the time that the oil was probably dumped there. He didn’t mention Venezuela.

Bolsonaro did not say the neighboring nation was responsible for the spill but did hint that the oil spill wasn’t from a Brazilian ship. He said that they had a country on the radar screen that could be the origin of the oil.

The spill has led to an environmental disaster and authorities have struggled to contain it. Images posted by users on social media show beaches contaminated with oil. Authorities have cleaned up some of it but there is still a lot of work to do.

The oil spill comes just weeks after another environmental disaster brought the attention to Brazil. The wildfires in the Amazon became the focus of environment groups, which criticized the efforts and the deforestation.

Venezuela said on Thursday that it was not responsible for the oil spill in Brazil. A statement from the oil ministry and state oil company PDVSA said it had not received any reports from clients or subsidiaries about an oil spill near the South American nation.

On Thursday, a Brazilian official said the government had not confirmed the origin of the oil but added that the oil has properties similar to Venezuela’s. Researchers say lab studies have found a connection between the oil spilled in Brazil and a type of oil produced in the neighboring nation.

Venezuela’s oil production has dropped in recent years and the situation is expected to get worse because of the sanctions from the US, who continues to pressure Maduro and allies.