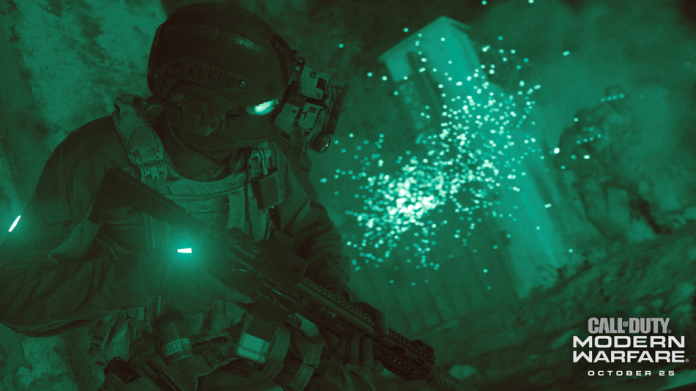 Call of Duty: Modern Warfare released right before midnight and thousands of players immediately rushed to the game to play online. But a high percentage of them quickly found out they could not connect online.

The game was allowing players to get to the start menu where they were welcomed by a screen that attempted to connect online. After a few seconds, the screen would notify players that the connection failed.

The companies behind the game were aware of the issue and it was fixed about two hours later. Before the fix, players only had the option to play campaign, local co-op or multiplayer.

The server issues were not a surprise to many Call of Duty fans since previous releases have also presented issues during their launch. Call of Duty: Modern Warfare is one of the most anticipated games of the year so it was quite obvious that thousands of players were going to rush to play the game online.

Call of Duty: Modern Warfare is a reboot of the super popular Modern Warfare series. The game comes years after the release of Modern Warfare 3 and while the titles are not directly connected, they do have some of the characters.

Call of Duty: Modern Warfare offers a lot of the game modes we have seen in the series throughout the years. Headquarters, Team Deathmatch and Domination are among the game modes that return.

The title does add some fresh elements that almost make it feel like a Battlefield game. In the beta, we got a preview of the ground war game mode, which features a lot more players in the map.

The game also includes Spec Ops missions, something that was featured during some of the Modern Warfare releases. This adds a little bit of more content for those who want something more than the regular game modes.

What do you think about the new Call of Duty game? Have you encountered any issues? Have you played the campaign? Let us know in the comments.

Call of Duty: Modern Warfare is out now for PC, Xbox One and PS4.