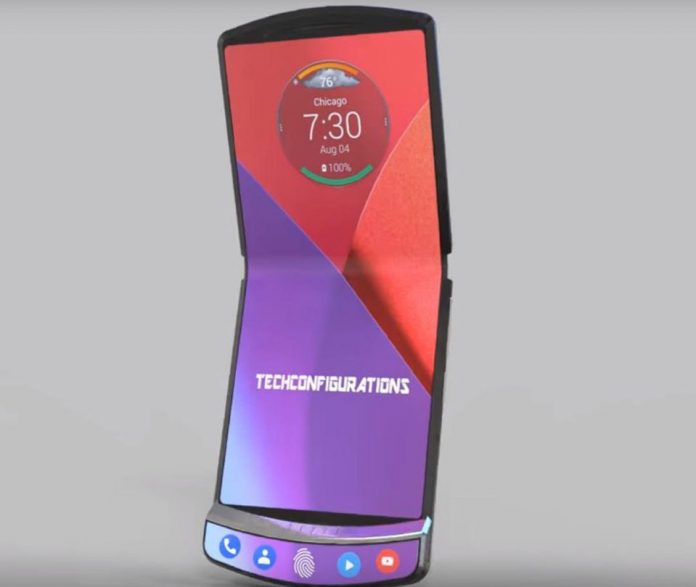 Motorola has released a number of solid affordable smartphones in recent years. But the company is rumored to be working on something far bigger, a remake of the classic Razr phone.

The company has been very silent when it comes to the release date of the phone, which is said to be a foldable one this time around. But a new report now mentions that the launch of the phone could be very close.

The report from CNET suggests that the company could launch its foldable device by the end of 2019. The phone, rumored to be called Motorola Razr, could be unveiled some time this year. Sale would begin in early 2020.

The return of the Razr phone was a rumor for years until there was some information that there was a device in the plans. The original Motorola Razr was released around 15 years ago, at a time in which phones were very different.

The original Motorola Razr was the device to have at that time. The phone stood out from the rest as it featured a thin design. The front of the phone featured a small screen for notifications and time.

The Razr is a classic and many fans have called for a return. A release date is not yet known but if the report is true, it won’t be long before the phone debuts. The CNET report matches another report that recently mentioned a similar launch date.

The foldable technology for this device could make it a lot more expensive than the original Razr. The phone is said to be priced at around $1,500, which is nearly $500 less than the Samsung Galaxy Fold. The price would also make it around $1,100 cheaper than the Huawei Mate X, which is currently the most expensive foldable phone.

The Razr foldable phone is rumored to have a 6.2-inch display that can fold. According to reports, the company filed a patent back in January that shows a foldable phone with a clamshell design.

There is little information on the specs but the phone is said to have a secondary display with limited features. According to reports, the phone will arrive with pre-installed apps such as Moto Camera.

The first Razr phone, the V3, was released in late 2004. The phone had a four-year run in which the company saw a lot of success. The V3 version went on to sell more than 130 million units. This number makes it the highest selling clamshell phone in the world.

The Razr series returned in 2011 with Android smartphones but the company never had the same success. The big news of a foldable phone came in late 2018, when there were reports of a patent and information that the phone would be released as a Verizon exclusive. Lenovo, which owns Motorola, has not confirmed if the phone will be an exclusive to the mobile carrier. The company has also remained silent on the specs and its release date.