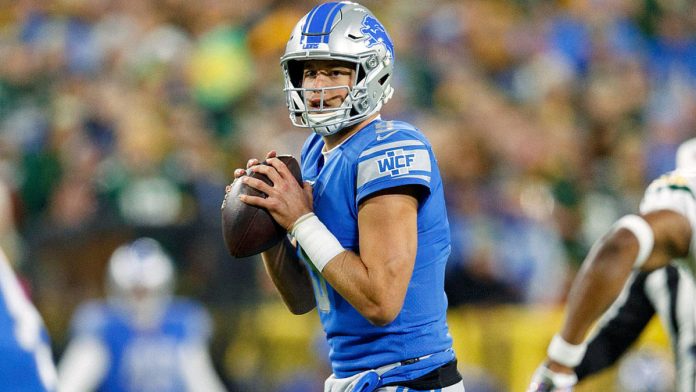 Week 8 of the NFL has not disappointed, with several games coming down to last second field goals or drives. The season is pretty much at the halfway point but it is far from decided as several divisions continue to be very close. Here are the results and much more on Week 8:

The Vikings had just 19 points against the Redskins but that was enough for a win. Minnesota is now 6 – 2 in the season, one game behind the Packers for the top of the division. Washington dropped to 1 – 7, last in the NFC East.

The Seahawks recovered from their loss against the Ravens with a big win against the Falcons. The disappointing season continues for Atlanta, which has only won one game in the season. The win keeps the Seahawks in the race for the division, which has three teams with positive records.

The Lions jumped to a 14 – 0 lead early in the game and held on to improve to 3 – 3 – 1 in the season. The Giants are now 2 – 6 in the season but not completely out of the division due to the records from the Eagles and the Cowboys.

The Bears opened the game with a small lead but the Chargers fought back in the fourth quarter to take a one point victory. The loss drops the Bears to 3 – 4 while the Chargers are now 3 – 5 in the season.

The Jets were once again held to a low score, dropping to 1 – 6 in the season. The Jaguars improved to 4 – 4, which keeps them in the race for the division.

The Rams offense saw a huge performance from Cooper Kupp, who ended the game with seven receptions for 220 yards and a touchdown. The Bengals are now 0 – 8 in the season.

The Eagles bounced back from their two previous losses by winning against the Bills. The Eagles are now close to the top of the NFC East, which is currently led by Dallas. The loss distances the Bills from the Patriots, who are still undefeated after eight weeks.

The Titans bounced back from their recent losses by winning against the Buccaneers. Tannehill had a nice game, throwing for three touchdowns. On the Bucs side, Mike Evans had a monster game with eleven catches, 198 yards and two touchdowns.

The Colts put up a solid drive late in the game to get in field goal position and win. Indianapolis is now 5 – 2 while the Broncos are 2 – 6.

Brees returned with a huge performance, throwing for 373 yards, 3 touchdowns and one interception. The Cardinals were held to three field goals against the Saints defense. 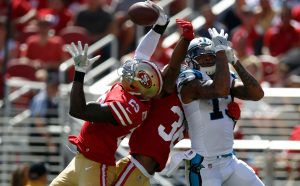 The 49ers remain undefeated after scoring 51 on the Panthers. Coleman had three rushing touchdowns while the defense got three interceptions.

Watson pulled off a number of big plays and the Texans took the victory against the Raiders. Houston is now 5 – 3 while Oakland is 3 – 4.

The Patriots remain undefeated after another impressive win. This time it was against the Browns, who are now 2 – 5 in the season.

The Packers opened with a 14 – 0 lead but the Chiefs offense came back strong and eventually tied the game. The game remained close until Rodgers had an amazing touchdown pass to the corner of the endzone. Green Bay later closed the game with a huge run.