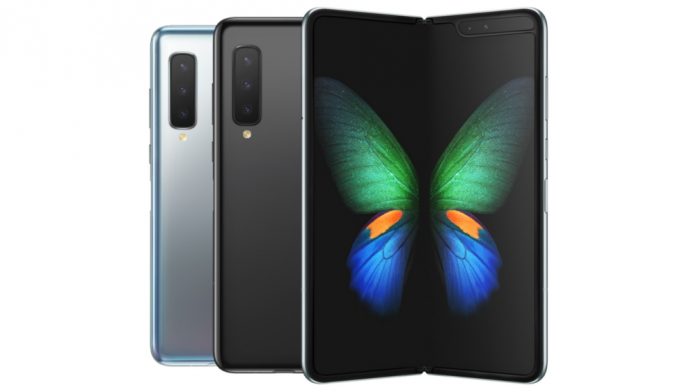 Samsung recently launched its first foldable phone, the Galaxy Fold, but the South Korean tech giant could be releasing the second version of the phone in about six months, if the latest report is 100 percent accurate.

A report published on Wednesday by The Bell claims that the company is planning to launch the Galaxy Fold 2 in April 2019. The launch date would be in the same month in which the first Galaxy Fold was set to debut.

The Galaxy Fold, which made a quick appearance last year, was announced back in February. At the time, the company said the phone would be released in late April. The release date got close but the company was forced to announce a delay since early reviewers found some issues with the phone.

The Galaxy Fold, which has a starting price of $1,980, recently debuted in South Korea. The release came after a long wait by the company, which was making improvements and changes to the phone.

The delay of the foldable phone was a bit of a problem for Samsung since some companies decided to cancel pre-orders. Samsung even cancelled pre-orders shortly before the release of the phone. Customers who pre-ordered did get a nice reward following the cancellation.

The Galaxy Fold isn’t completely out yet since it debuted only in South Korea and is expected to reach other markets soon. The phone is the company’s first attempt on foldable technology, which could be part of many other devices in the near future.

If the report is completely accurate on the information, this means that the company could have a busy start to 2020. Reports say the Galaxy S11 could be released as early as March. This means we would see the smartphone and the second version of the foldable phone about a month later.

There is little information on what Samsung is planning for the Galaxy Fold 2 but reports say the company is focusing on the display size. One report recently mentioned that the company could use a 6.7-inch display while another revealed that the display could be much bigger.

In recent months, there have also been reports that companies working on or releasing foldable phones are looking at the affordable category. Foldable phones are still new and only a few companies have actually released them. Samsung and Royole being two of them. Huawei will soon get in the mix with the release of the Mate X. But all three phones have one thing in common, the high price.

The devices from Royole, Samsung and Huawei all go over the $1,000 price. Huawei’s Mate X even takes things to a whole new level by starting at a price of $2,600. These prices aren’t exactly affordable so reports have repeatedly mentioned that Samsung and Huawei could be working on cheaper devices with this technology. A lower price would obviously mean some changes but this would allow more people to check out the technology, which hasn’t really taken off due to the delays from two of the first three companies that announced foldable phones.

What is your opinion on foldable phones? Are you planning to purchase one in the near future? Let us know in the comments.