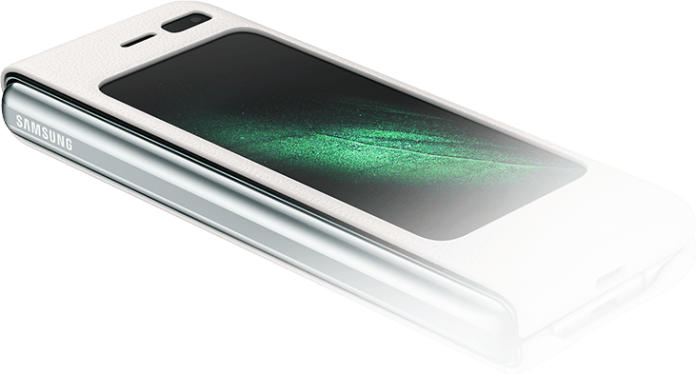 The Samsung Galaxy Fold went on sale in South Korea a few weeks back. The foldable phone was only available for pre-order and then pick up, which meant people couldn’t go to a store and buy the phone right away.

The foldable phone has been released in a few regions since and now South Korea is getting the device in stores. On Monday, the country got the phone in Samsung and some carrier stores, meaning customers can simply walk in and purchase the phone.

South Korea is currently the only country where customers can buy the phone from a store. In other regions, the phone is only available for pre-order, which means that it takes a little bit longer to have it.

The list of countries that will have the phone in stores will likely grow in the near future. For now, Samsung is working on releasing the phone in a few regions. There is not much information on release dates but a recent report suggested that the company has big plans for those markets.

Just a few hours ago, a report mentioned that the company is planning to sell around five to six million foldable phones in the coming year. That is quite a target considering that the Galaxy Fold has a high price of $1,980. The price easily takes it out of the affordable category and puts it among the most expensive foldable phones out now.

If you haven’t been keeping up with foldable phone news, well the technology isn’t off to the start that we all thought it would have this year. The Galaxy Fold, Mate X and FlexPai Phone were all in line to make a debut this year. The FlexPai Phone reportedly went on sale but the two smartphone giants, Huawei and Samsung, were forced to delay their phones.

It all began with the delay of the Galaxy Fold, which was originally set to launch on April 26. The foldable phone was near its release date when early reviewers began pointing out issues with the technology.

The long wait for a new release date forced at least two companies to cancel pre-orders of the foldable phone. Months later, Huawei followed with a delay of its Mate X foldable phone.

Just a few weeks back, Samsung finally released its foldable phone. The release only took place in South Korea and it was done through a waiting list/pre-order system. The company even made a strange move by cancelling pre-orders of the phone before its release. Samsung did reward users who had their pre-orders cancelled with a nice amount of store credit.

The Galaxy Fold isn’t available everywhere just yet but the store release is good news for South Korea, where the phone saw a limited release during its big launch.

Are you planning to get a foldable phone? Do you have a Samsung Galaxy Fold? Let us know in the comments.