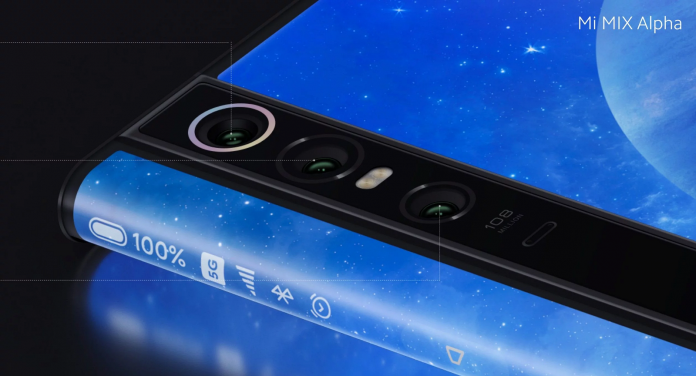 Xiaomi recently announced the Mi 9 Pro and the Mi Mix Alpha phones. The announcement was heavily talked about because of the Mi Mix Alpha and its amazing design. But the event also left a few questions among customers, including if there will be a Mi Mix 4 release along with the Alpha version.

For months, it was rumored that the Mi Mix 4 would come with a ton of changes and new features. But Xiaomi has confirmed that won’t be the case since there are no plans to have the phone.

According to GSMArena and other tech sites, the company was asked repeatedly about the phone. The company had not said much until now, when an executive took Weibo to answer the question.

The response to the question is bad news for those who were waiting for a Mi Mix 4. The Xiaomi brand promotion manager revealed that the Mi Mix Alpha is the only device coming. This is a big change for the series since the company had offered the Mi Mix at around the prices of flagship smartphones.

The Mi Mix Alpha, announced a week ago, offers the biggest changes in the series. The phone is powered by a new processor and its design is unlike anything we had seen before. The phone features a display that wraps around the entire device.

The phone’s price will likely keep some away as it has been confirmed that it will cost around $2,800. That price makes it one of the most expensive smartphones in the market. The good news for those interested in purchasing the device is that the company has said it plans to bring it to China in December. This means that its release is near, well at least in that country.

For months, leaks and rumors had the Xiaomi Mi Mix 4 as the company’s next big device. But those leaks and rumors now appear to be wrong since the Mi Mix Alpha will be the only phone released for the popular series.

The Mi Mix series made its debut back in late 2016 with the Mi Mix. At the time, the company caught the attention of the tech world since the phone featured mostly screen on the front. The series became so popular that the phone sold out in seconds, setting records for the company. The Mi Mix 2 and Mi Mix 2S would go on to have some success as well.

The most recent release of the Mi Mix series, the Mi Mix 3, made significant changes to the design, which had remained similar for the first three releases. But the changes from the Mi Mix 3 are now very small compared to what the company has planned with the Mi Mix Alpha.

The Mi Mix Alpha isn’t a foldable phone but it will be in the same price range as the Huawei Mate X, which is also coming this year. Xiaomi appears to be working on a foldable phone after releasing two teasers over the last year but the company hasn’t really said much about that device.