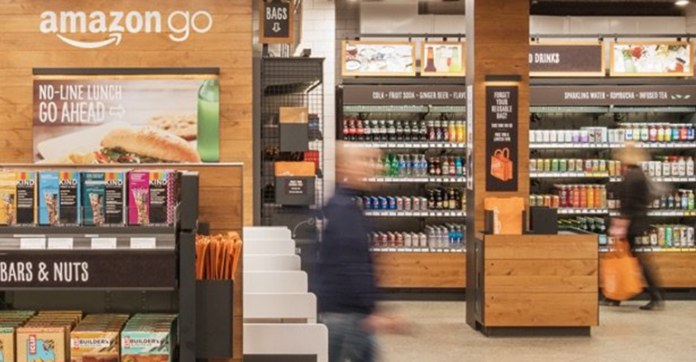 Online retailer Amazon is planning to open a cashierless supermarket, according to a report from Bloomberg. The company is already behind Go, a group of stores equipped with technology that reduces lines and makes shopping faster and easier.

The Amazon Go stores opened in recent years use software and cameras to change the shopping experience. Amazon has opened several Go stores but this report seems to be mentioning a bigger project.

Bloomberg reports that the company might license the technology to other retailers as soon as the first quarter of next year. Amazon has not commented on the plans for its Go stores and other projects that could include the technology used there.

Bloomberg reports that the company is testing a Go supermarket in Seattle. The company opened its first Go store in Seattle back in early 2017.

The Go stores were announced by the company around a year before. But reports revealed a delay during the wait. The Amazon Go store ended up opening in early 2017 and the company has opened a few others since.

Amazon Go was the talk of the tech world when it debuted since the technology makes the shopping experience much different than any other grocery store. The stores use technology to monitor and charge customers.

Long lines still happened but outside the store, where shoppers gathered to wait for a chance to enter the store and see how it all works.

Customers can visit the location, walk in and grab anything they want. There are no cashiers or lines to pay for a product. Instead, customers grab what they want and walk out of the store. The technology in the store charges customers when they walk out.

During shopping, customers can grab a product and see it go to their shopping cart. The item is removed from the cart if the customer decides to put it back.

Since the opening, reports have mentioned that the company is planning to open many more. Amazon had opened other stores in the past but those were not equipped with the technology seen in Go stores.

In 2017, the company purchased Whole Foods. The supermarket chain was a major acquisition for the online retailer since it gave it a bigger presence in the food industry. Since then, there have been rumors and reports on Amazon using the technology in the supermarkets.

Not All Support the Idea

The opening of the Go stores has brought criticism from some who work in the industry. The technology in the stores makes the shopping experience faster and easier but there are no cashiers. Amazon Go stores do have employees but there appears to be less than a regular grocery store.

Some in the food industry and retail workers say the plans for an expansion are a danger since they mean less jobs. Amazon currently has just a few Go stores across the US but if the report is true, the online retailer could have a much bigger business operating with the technology.