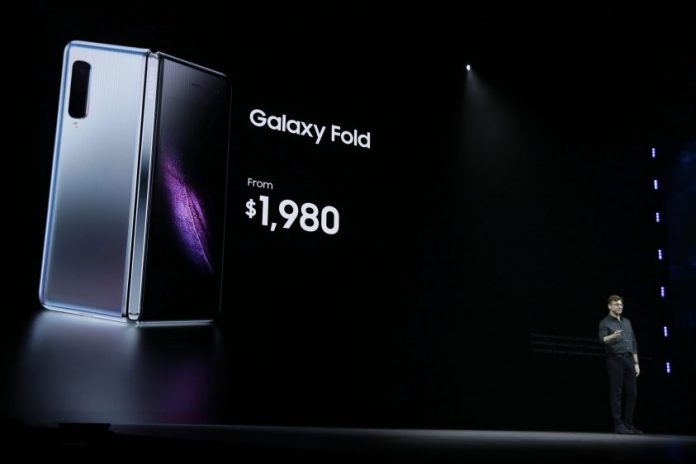 The Samsung Galaxy Fold has been in some markets for a few weeks now. But the foldable phone is now making its way to Canada, where pre-orders began on Thursday.

The start of the pre-orders come just days after the company confirmed that the device was coming to Canada. A few months back, the phone was coming to the country but the company later changed its mind due to the delay and its limited release.

The Galaxy Fold offers some of the latest technology but its price is something that will keep some people away. The foldable device has a starting price of $2,599.99 CAD. The price there is right around the same price as in the US when converted.

Pre-Orders Only Available At Toronto Locations

The pre-order process is only available through stores, which means you won’t be able to go online and get one for the first day pickup. The store pre-orders are available at Samsung’s Eaton Center, Yorkdale and Sherway Gardens. All three locations are in the Toronto area.

The arrival of the Galaxy Fold to Canada comes after a very troubled launch for the foldable phone. The device was supposed to be released in the US back in April. The launch would continue days later in other markets such as the UK.

The plans were delayed after early reviewers found some issues with the phone. The issues were serious enough for the company to delay the launch of the foldable device. At the time, it was rumored that the delay would be short but it actually lasted months.

Samsung released the Galaxy Fold in South Korea a few months back. The phone saw a limited launch there and it was available through pre-orders. The phone has since launched in other markets.

Last week, the South Korean tech giant launched the phone in another market, Kenya. The device was reportedly sold out quick. But reports say the company only had a few units available for that sale. It is currently unclear if the company plans to have more sales there in the near future.

The Galaxy Fold is among the three foldable phones that are currently available. The foldable phone along with its competition was supposed to change things up a bit on the smartphone industry.

Things have not gone perfectly as the technology has seen a slow start due to the delays from Huawei and Samsung. The three foldable phones currently available, the Galaxy Fold, Mate X and FlexPai, all come with very interesting designs and features but their prices have some people waiting to see how the technology performs.

Smartphone companies appear to be all in on the technology though. Motorola recently announced the Razr and it is looking like Xiaomi will announce a foldable phone in the near future after all the reports on patents and its two recent teasers.

We’ll keep you updated when there is more information on the Galaxy Fold’s debut in Canada.