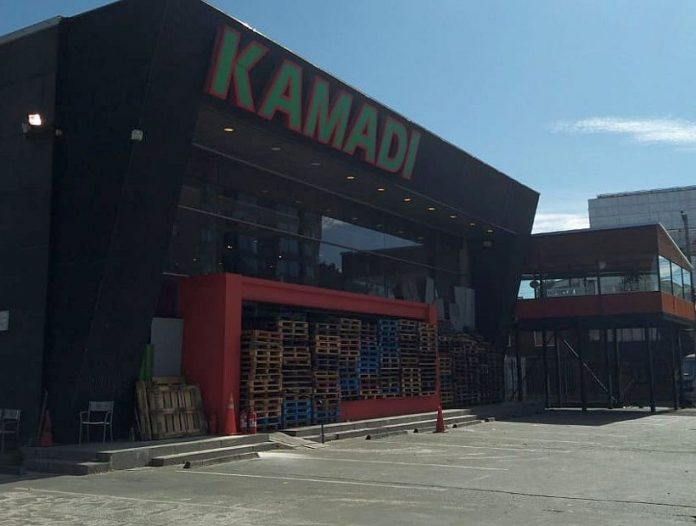 A liquor store in Concepcion, Chile was the site of a battle between employees and looters. The incident, which happened at the Kamadi store, began with what appeared to be a group of looters attempting to break through the gate.

In the parking lot of the store, several employees are seen standing and watching the group outside. When the group attempts to break through the gate, the employees open the gate and start chasing them.

A video posted by Bio Bio Chile shows the moment in which the employees move from the parking lot to the outside of the store. The news site reports that the employees were carrying sticks and other objects to defend the store.

The employees chase the group out of the area but manage to catch one of them. After a brief fight, the person escapes by getting on a bus that was driving by.

The store was closed after the incident but employees remain there. According to the Bio Bio Chile news site, the employees had been warned about another incident and got prepared.

The news site reports that a group of people arrived to the gate and began throwing rocks at the store and employees. One of the employees spoke after the incident, saying that there were still customers inside when it happened.

The first incident left around 35 million pesos in losses. The store’s entrance has been blocked with pallets since the incidents began. A company official said that its other stores remain guarded by at least 50 people.

On Thursday, there were looting attempts in other stores located in that city. The company says there have been six looting incidents and that its store located in Maipu remains closed.

These types of incidents continue to happen in the country, despite several changes announced by the government. The incidents began after protesters started taking the streets to show their disapproval for the increase of metro prices.

The government has announced the suspension of the increase but the protests continue. Part of the population has continued taking the streets to protest against the pension system, health and other problems in the country.

The state of emergency and curfew were lifted days back but incidents such as the one at the Kamadi store continue to happen. Over the last few days, authorities have identified several of the people seen looting supermarkets and stores in the capital and other cities.

Earlier today, authorities announced they had identified two suspects behind the fires of the La Granja and Pedrero metro stations, which were shut down over the damages. Public  transport authorities have announced the return of the service in some of the lines of the metro stations. But officials have said a complete return of the service could take months since there are several stations that need complete restoration.

On Thursday, the government announced a plan to introduce anti-looting laws to increase the sentences for those caught using the protests to commit crimes.

You can check out the video of the Kamadi incident here.