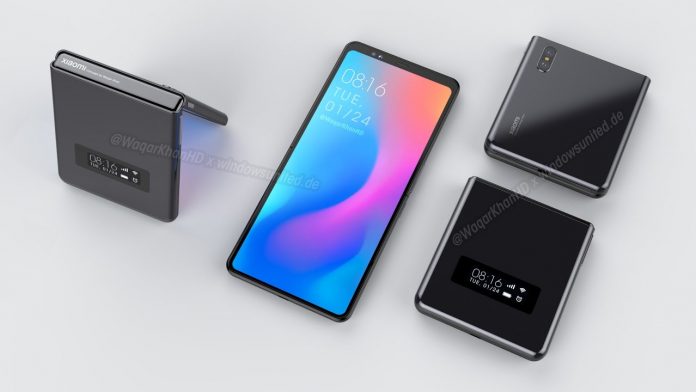 Xiaomi does not have a foldable phone in the market at the moment but the company has made it very clear this year that it has big plans for that technology. The Chinese tech giant has released two teasers showing a foldable phone, pretty much confirming that there will be a release at some point.

Outside of the teasers, the company has remained very silent on its foldable phone plans. But the recent reports on the patents that have been spotted by tech sites give us an idea on what the company is planning.

Over the last few weeks, there have been reports on three different patents, all with foldable phones. Xiaomi has shown a foldable phone in its two teasers but reports say the company could be working on up to three phones.

We don’t know when Xiaomi will unveil its foldable phones but people are already working to give the tech world an idea on the designs that the company could come up with.

WindowsUnited has come up with some concept images on one of the phones that are being rumored. The phone is the one with the clamshell design, which is already being compared to Motorola’s latest announcement, the Razr.

The concept images show a device similar to the Razr, which was unveiled just a few days ago. The phone folds similar to Motorola’s device but there are some differences on the design.

The first noticeable difference is that Xiaomi’s rumored phone has a look that’s similar to most smartphones out right now. The phone looks completely different when folded but it does remind us again of the Razr since there is a small display on the front.

The small display has been a feature of the original Razr and will be back for the 2019 version. The display shows notifications and time, allowing users to check things without having to open the phone.

Drawing Comparisons To the Razr

The Motorola Razr is currently the only foldable phone with a clamshell design but that could change if Xiaomi decides to go ahead with these ideas. There is really no info on when the company will finally release a foldable phone. But all these reports have us thinking that the company will unveil one some time in early 2020.

The new Razr will be released in January but will be available for pre-orders in late December. Motorola’s first foldable phone has been the talk of the tech world since a return of the series had been on the rumor section for years.

Motorola will become the fourth company to have a foldable phone when it releases the Razr next year. The smartphone giant will join Samsung, Royole and Huawei. Its price will be a little lower though, joining Royole in the kind of affordable phone section.