Everything You Need To Know About Esports Sponsorships 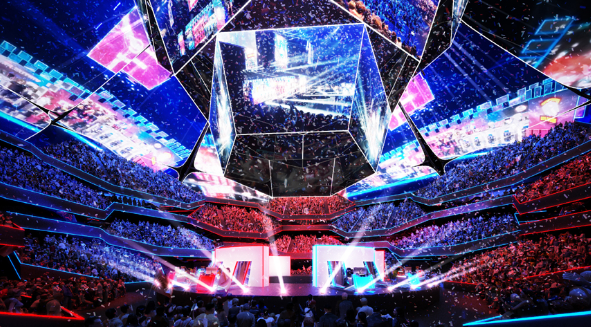 Twitch and Youtube have changed the game (literally) when it comes to gaming becoming a mainstream activity. It isn’t just looked at as kids playing around on Nintendo all day.

These days, there is a good amount of respect given to gamers who are good. And they now get paid. There are people making a full time living just off of what they earn from streaming their game on Twitch and Youtube.

Then there are those that take things a step further and become pros with sponsors and many perks. Just like a professional athlete. gamers are starting to blur the lines between gaming and athletics.

If you think you have what it takes, then you can also take things to the next level and get sponsored. It won’t be easy, but it is possible.

Take a look at this guide to find out how you can get sponsored and become a professional gamer yourself.

Just as you would have different types of arrangements with a partner, you can with a sponsor.

There are three typical arrangements for sponsorships:

An affiliate sponsorship is becoming the most popular type of sponsor since everybody is a potential winner.

The way it works is that the gamer is given a special coupon code to use when they are playing that they can pass on to their fans. When a fan uses the coupon, they get a discount. So they win there by following a gamer.

Then, the gamer is given a commission every time somebody uses one of their coupons. So the gamer is a winner.

And the sponsor is also a winner because they are not paying out a set amount of money to a gamer with results that are hard to measure. They only pay out when the coupon is used. So, they save money and also know that their relationship is working out since they are making sales.

A hybrid sponsorship works in exactly the same way that the affiliate does but with added perks. There are other incentives to promote a certain sponsor. Usually, there are freebies given to the gamer or the team when certain thresholds are met for orders.

The pure sponsorship is the most traditional. When a sponsor works in this way, it is because a gamer has a lot of influence. The gamer in this case is paid monthly for promoting the sponsor.

How they do the promotion varies, but usually it involves doing events or wearing the sponsors’ gaming jersey, or playing their games exclusively for a period of time.

How to identify the right sponsor

Look for certain things in a sponsor before signing on.

Do you use their products already? If you do then this is a natural fit. It is easier to promote things that you already believe in.

Would you use their product if you haven’t already? This is a big one. If you feel like a sponsor’s products are not something you would be interested in, then it is hard to promote those products. Likewise if you think your fans wouldn’t be interested in.

You can really hurt yourself in the long run if your fans feel like you are just cashing in by promoting stuff they don’t like and are clearly not something you would use.

The last thing to consider is if taking on a sponsor might conflict with other sponsors you already have. Try to stay exclusive to sponsors to keep things clear between yourself, your sponsor and your fans. If you have lots of different coupons, for instance, you risk people not using them and your sponsors dropping you after a while.

How to promote your sponsors

Don’t try a salesy approach. People can smell one a mile away and it will turn people off. People like to get coupons, but they don’t want to feel like they are just there to be used for commissions.

Instead, be creative with your posts. Add something interesting to say about the sponsor or the product in an organic way. If you are an actual fan, then come off that way and not as a salesman.