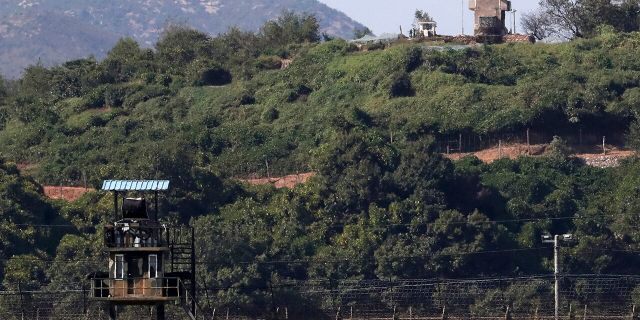 South Korea has returned two fishermen to North Korea after they found out they had killed their colleagues. The two fishermen suspected of killing 16 crew members fled to South Korea but are now back to their country after they revealed what happened.

They crossed to South Korea on Saturday and were later detained by authorities. North Koreans who flee their country are often given a chance to stay in South Korea but authorities made a different decision when they found out what they had done.

The two were no longer considered defectors when authorities found out about the incident. They were instead treated as criminals and returned to North Korea.

It all began when the fishermen crossed to South Korea. They made it to the country by using a fishing boat. They were detained by the South Korean Navy and probably considered defectors at that point.

Everything changed when they spoke about what they had done. The Yonhap news agency reports that the two confessed that they killed the captain of the boat. The two committed the crime with the help of another man. This happened back in late October and they said they decided to do it because of his treatment towards them.

The fishermen didn’t stop there, they killed other crew members shortly after that. They said they dumped the bodies overboard. The three returned to North Korea after committing the crimes but one of them was captured by North Korean authorities. The other two decided to flee to the South after finding out about the arrest of the other man, who was captured at a port.

The North and South do not have an extradition agreement but the South decided to return the two through the border village of Panmunjom. It is the first time that South Korea makes a deportation through that area.

South Korea often sees North Koreans attempt to escape their country. Defectors are given the option to stay in the country and start a new life. In this case, it appears that the men were questioned and the country confirmed that they had committed crimes.

Defectors go through a long process after leaving their country. They are interrogated by South Korean authorities and spend time in facilities to learn more about the country, including its education system.

The majority of North Koreans escape through China. The demilitarized zone, known as DMZ, is heavily guarded, making it a difficult route for those trying to leave. In the past, several soldiers have decided to flee through this area. Earlier this year, a soldier made his way across the DMZ.

Back in late 2017, a North Korean soldier made headlines when he made an escape that nearly got him killed by fellow soldiers. The soldier successfully crossed the DMZ but not before he was shot by his colleagues. He was shot at least five times before crossing to South Korea, where he was rescued and transported to a hospital.

He recovered from his injuries and later appeared in interviews. He is one of a few soldiers who have made the decision to escape through that area. After that incident, North Korean guards in that area were replaced and additional measures were taken, including the addition of a new gate and trench.