Would Florida survive a Category 5 hurricane? This is the worst-case scenario 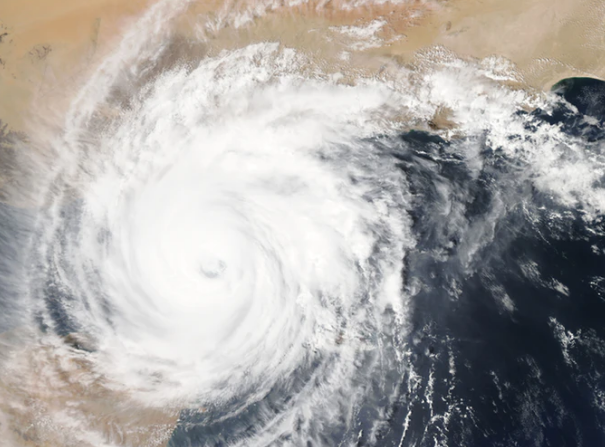 Not only Florida but the world isn’t prepared for the hurricanes that hit nowadays. Chances are in the future worse hurricanes to hit land. Would the world survive a Big One?

The United States, and especially Florida, California and Arizona are vulnerable to the effects of climate change. This article will try to answer the question Would Florida survive a Category 5 hurricane?

Tampa Bay is often the target of hurricanes, and extreme weather has devastating effects on its shores. The bay is long, and it gets shrunken and depthless as it distances from the Gulf of Mexico and heads towards Tampa and St. Petersburg. When extreme weather hits the bay, wind builds a wall of water, also called storm surge and it creates an effect similar to a container that continues to tight. The bay rises every time a storm hits it.

Even if the worst hurricanes the US registered spared Tampa Bay, extreme weather is always a possible scenario. So, we’re not talking of what happens if hurricanes target Tampa, but what happens when they’ll do it.

So, what will happen?

A monster hurricane, worse than Dorian will probably push gargantuan amounts of water out of the bay.

Tampa is constructed close along the waterfront, and when storms hit, the first floors of buildings are at danger to flood. St. Petersburg is also built close to the water, so when a storm surge creates, it inundates the entire downtown.

Predictions state that when The Big Hurricane will transform ST. Petersburg into an island. Water will probably cover the barrier islands that connect the Gulf with Tampa Bay. If people decide to remain, their houses will work as traps because no one will be able to reach them. A Category 5 hurricane will tramp bridges’ entrances underwater. In the worst-case scenario, the wind will damage the roofs of the houses will break their windows and will destroy traffic control systems. The mildest Category 5 hurricane will probably smash half of million buildings in Tampa area, and over 850,000 will require displacement. People lacking flood insurance in Florida are at risk to never be able to re-build their houses and face homeliness.

Category 5 hurricanes can be described using a single word, catastrophic.

Hurricane Dorian was categorised as a Category 5 hurricane, it decimated cities and generated a humanitarian disaster. Communities will need months to recover from its effects. Even if Tampa Bay is a wealthy and well-developed area, when a Big Hurricane will hit, it will create a crisis. It’s expected a monster hurricane to kill over 2,000 people and hurt even more. Let’s remember that Katrina killed a few hundred in New Orleans. The region will need years to recover, considering that only the rebuilding process requires $250 billion.

Major disasters have negative effects not only on people’s physical health, but also on their mental one. A hurricane would lead to a 5%-15% increase in the incidence of mental health issues.

Why is Tampa Bay the subject of the article?

In 2009, The Tampa Bay Regional Planning Council created a plan on how to deal with a monster hurricane, calling it Hurricane Phoenix.

Why did they feel the need to create their plan?

Tampa Bay is one of the regions in the United States most at risk when extreme weather hits because of its position, population and geography. Considering the climate changes the planet is experiencing, the above scenario is quite likely. Annually, temperatures rise and it’s expected Category 4 and 5, if not even higher, to be something common. As the levels of the sea rise, it’s expected the storms to be more aggressive in the future, even if their category doesn’t meet 4 or 5 degrees.

It isn’t clear how climate change influences hurricanes, but every modification in the environment has a huge impact on extreme weather events. Climate change comes with greater water availability, more intense heatwaves, and strong draughts. All these events are threats for humanity, even if humans have a major influence on them.

More data is needed to understand the science of hurricanes. It should be mentioned that scientists track them using satellites since 1970, so they lack great evidence. Based on the information they gathered, it’s predicted storms to be more powerful in the future, considering that even nowadays they are more frequent and aggressive.

Sea-level rise is one of the main factors that influence hurricanes’ category. Ice sheets in Greenland and poles melt, the ocean is warmer, and water expands. Seas are rising and storms have more water available to destroy the land. Every extra litre of water in the sea increases storms’ intensity.

The US Army Corps of Engineers states that it’s expected the Tampa Bay to water levels to rise more than half a foot by 2050.

Even if climate change doesn’t influence storms’ power, hurricanes will create greater damage because they access more water than in the past. This means that future hurricanes will probably cause more flooding.

This is the scenario if storms don’t change their nature. But if the planet gets hotter, the storms will probably be even more intense. Scientists state that in a warmer world, storms hold onto more water, and send it under rain form onto land.

Dorian is the most recent example of a hurricane that grew with access to more water and hotter temperatures. Its winds increased from 150 to 180 mph in around 9 hours. It destroyed the Grand Bahama island in 40 hours. It’s a nightmare to see how a hurricane lingers on increased sea levels and hot temperatures and it generates floods and winds.

Philip Klotzbach, an atmospheric scientist at Colorado State University, states that the laws of physics limit how powerful hurricanes can be, so they can’t pass a certain upper limit. A monster hurricane will not hit with 300 mph, and scientists can anticipate the maximum power a hurricane can register.

Andy Debolt
Andy is a graduate of the University of Minnesota with a Bachelors Degree in Journalism. When he isn't writing Andy enjoys water sports and spending time on the golf course.
RELATED ARTICLES
US