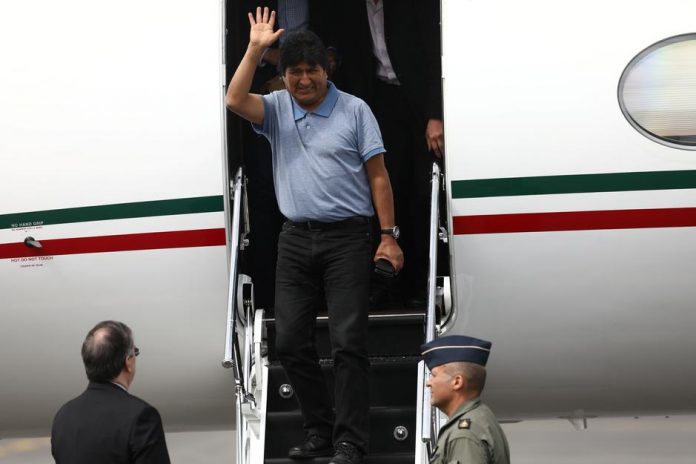 Former Bolivian President Evo Morales is now in Mexico after stepping down from power two days ago. The former leader arrived in Mexico City saying he had to flee because his life was in danger.

Mr. Morales decided to step down from power on Sunday. The announcement came after weeks of protests by some of the population. The unrest began over his decision to run for a fourth term and the controversial victory after that.

The former president arrived to the city in a jet. He stepped off the plane and gave a brief news conference, giving more details on the situation. During the conference, he said he was forced to stand down but did it willingly so there would be no more bloodshed.

Mr. Morales left Bolivia on Tuesday but the protests continued. This time, the unrest comes from those who supported him. The announcement on Sunday brought celebrations among some of the population but those who wanted him to stay have taken the streets.

Angry supporters have reportedly clashed with authorities. On Monday, reports revealed that protesters had blocked roads in La Paz. Another report revealed that several buses had been set on fire.

Army Asked Him To Leave Power

The decision from Mr. Morales came shortly after the army held a conference to ask him to step down. The army had previously announced that it would respect the population and not take the streets.

Mr. Morales made a televised address a few hours later, revealing that he would be stepping down. Before the announcement, several supporting officials resigned.

The decision came after weeks of protests in the country. The unrest began after the presidential election in October. The results appeared to point to a second round but it was later announced that Mr. Morales was the winner.

The results sparked anger among some of the population, which took the streets in several cities across Bolivia. Reports said some police officers refused to take the streets to control the protests.

The announcement was not enough as he revealed a few hours later that he would be leaving power. Mr. Morales took over in 2006 with promises to fight poverty and all the problems in the country.

The unrest comes during a difficult time for two South American countries. A few weeks back, Ecuador decided to suspend several measures after the population took the streets. In Chile, protests continue over several demands that people are making. The government has made several changes since the protests began last month but protesters want more changes to be done.