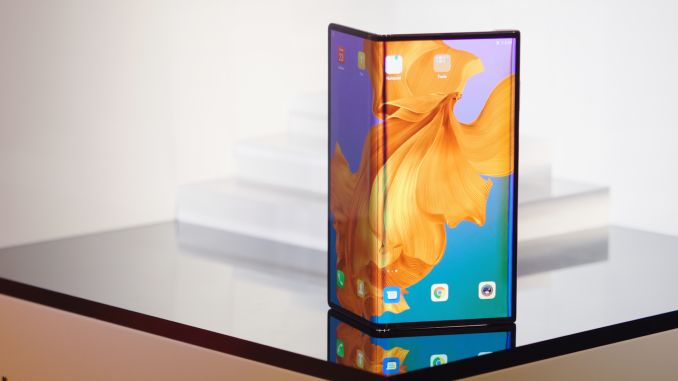 Huawei’s Mate X recently went on sale in China but that ended very quick. The company’s first foldable phone went on sale in the country for CNY 16,999 ($2,423). But reports say the device was sold out within minutes.

The quick sale likely means that many were left with no Mate X to buy. But it has been revealed that the phone will go on sale again on November 22. There are no details on if this will be a bigger sale or how many units will be sold this time.

The company said the phone was available in limited quantities but did not say how many units were sold or how many were part of the first sale.

The Mate X is currently available in one variant. The phone is foldable, meaning there are different ways to use it. Reports have said in the past that companies working on these phones are already planning to have more affordable variants in the near future.

The Mate X was unveiled earlier this year and was scheduled to go on sale in June. But the device was delayed and it remained that way until now. The phone was delayed right around the same time the dispute between the company and US government was going on.

The phone was also delayed shortly after the delay of one of its competitors, the Galaxy Fold. Samsung’s first foldable phone was unveiled right around the same time as the Huawei Mate X. It was scheduled to go on sale earlier than the Mate X. But early reviewers, who received the units just days before the April 26 release in the US, found a few issues with the phone. The Galaxy Fold was delayed but it went on sale in South Korea a few weeks ago. The foldable device has since arrived to a few other markets.

The Mate X is currently available in China and its second sale will likely be just for that country as well. Huawei has confirmed that the phone will be released in other countries later on. Tech sites report that the phone has launched without Google apps. This makes it the second Huawei device to skip on Google apps such as Gmail and Maps. Its Mate series was the first over the dispute with the US government. It was rumored weeks ago that the Mate X would probably follow.

The Mate X enters a race that only has a few competitors at the moment. The Galaxy Fold and FlexPai phone are among the foldable phones that are currently available. Royole’s phone was the first foldable phone to be announced, beating giants such as Huawei and Samsung.

Xiaomi, Motorola and Others

The race will likely get crowded in the near future as several companies have already shown their interest in foldable devices. Xiaomi has released a number of teasers about its foldable phone. Motorola recently announced its Razr foldable phone, which will be released in early 2020.

The Mate X is currently the most expensive foldable phone. No other release crosses the $2,000 price. Samsung’s device is just a little less than $2,000 while the devices from Royole and Motorola cost about $500 less than the Galaxy Fold.