The technical differences between MMOG and MOBA videogames 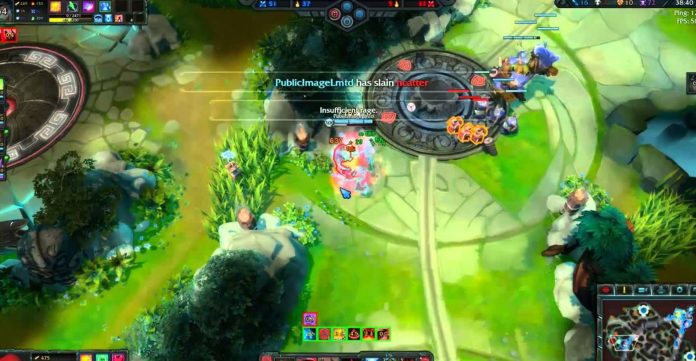 Since their inception, videogames have undoubtedly revolutionized the entertainment industry forever, thanks to all the interactive excitement they offer. But, since the global adoption of the Internet and computing in general, videogames could reach a total metamorphosis that allowed them to offer a new level of connectivity between their players, so since then, was proportional the number of videogames that were developed with the main feature of taking advantage of the network.

Thanks to these drastic changes in videogames, two quite distinctive types could emerge; these are MMOG and MOBA videogames.

MMOGs and MOBAs are extremely similar, as they basically share the same idea of linking many players in their games through the net. But both also have quite significant differences, not only in their gameplay, but also in their connectivity concepts and settings. These differences will be discussed below.

MMOG (Massively Multiplayer Online Games) are a type of videogame where users can enter and interact with a large number of players, from hundreds to thousands simultaneously, which are connected through the network.

This type of videogames are managed by the volume of concurrence that they can reach expectantly and by the characteristics of the servers, although the latter depends more on the economic resources that the game has in its beginning. Many MMOGs encourage players to work as a team to win and compete to outperform others.

MMOGs have many genres and a great variety of games, which allow connectivity between people from different parts of the world. Many MMOGs are created with the feature of requiring quite a lot of time from their players, so they have quite a long durability.

A videogame is considered as a mass multiplayer when it can host normally more than one hundred players simultaneously and usually require an economic subscription or a monthly fee to maintain the servers, communities and technology used. But, nowadays, many MMOG have emerged with the Free-to-Play business model, where only real money is needed to obtain improvements, accessories, additional content, among other elements that do not directly affect the normal gameplay. It should also be noted that MMOGs are normally not appropriate for professional competitions because they are based on a character’s individual growth and the enhancement of his weapons or items, rather than the player’s physical and strategic abilities. For that reason, in MMOG videogames it is normal to find parallel markets based on the items or virtual money of these games, as for example, the case of the MMORPG RuneScape Old School (abbreviated as OSRS), where through various websites, players can buy OSRS gold in large amounts with real money.

ARTS (Action Real-Time Strategy) or better known as MOBA (Multiplayer Online Battle Arena) videogames are a subgenre of RTS (Real-Time Strategy) games where two teams of players compete against each other. Each player controls a character through a specific interface. These videogames are distinguished from their type by not requiring the construction of units and because they focus more on action.

These videogames focus on cooperation and teamwork. In MOBA, your players must choose their character, which has its own skills and advantages; such selection must depend on the strategy of the team. The objective in these games is to destroy the main fortress of the opposing team with the help of intelligent elements that are created periodically and that move through paths or lanes.

In these videogames, the player’s skill is extremely important for victory, since in addition to strategies, MOBA players must also dominate their characters to use them more efficiently and to counteract their weaknesses. For that reason, MOBAs are the most common genre in professional competitions, as they require the player’s full skill, without any advantage.