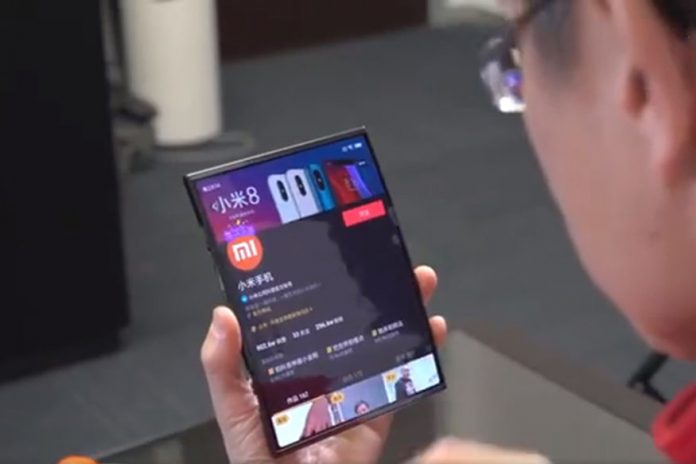 Xiaomi has posted a few teasers of its foldable phone but the company has not made any announcements on when the device will be released. The teasers have shown what appears to be one design but reports on the patents by the company reveal that there might be bigger plans.

According to reports, the company’s recent patents show two different designs for foldable phones. One design has three cameras while the other is drawing comparisons to the recently announced Razr from Motorola.

The new Motorola Razr has a clamshell design, much like the one seen in the patent from Xiaomi. Motorola’s upcoming device is really the only phone that folds differently from the competition so this would make it two, if Xiaomi goes ahead with the design. But the company is not done there.

On Tuesday, reports of another patent surfaced. The patent is for a foldable phone with three sections and a whopping four cameras. This is just a patent so this doesn’t really mean that the company will go ahead with this design. But this is quite interesting since it appears that Xiaomi has a lot of designs in mind.

Companies that have foldable phones currently have just one design. Samsung has the Galaxy Fold while Royole has the FlexPai. Huawei has just released the Mate X in China while Motorola is planning to release the new Razr in early 2020.

If Xiaomi decided to go ahead with two or all three patents, the company would offer variety in the foldable phone category. This would probably offer foldable phones at different prices too. Motorola’s Razr is currently one of the most affordable foldable phones. A similar design from Xiaomi could mean a price nearly the same or lower.

In recent months, Xiaomi has been releasing smartphones and devices with crazy designs and specs. A few weeks back, the company unveiled the Mi Mix Alpha, which is totally different from the rest of the releases in the series. The phone has a display that goes around the device. It was said that the phone would be released in December.

The company also appears to be busy on the foldable phone section. Earlier this year, the company released two teasers showing its foldable phone. The videos are short but they clearly show the phone.

Xiaomi has been quiet on the specs, features and price. But the patents could mean different releases in the near future. Reports have mentioned several times that companies are looking to offer cheaper foldable phones and Xiaomi is known for releasing solid devices at great prices so the company could be headed that way with these patents.

The releases could come at a time in which the competition heats up. The Mate X, Galaxy Fold and FlexPai Phone have already been released. Motorola is planning to release the Razr in early 2020 so that’s at least four foldable phones. We wouldn’t be surprised if another company joins the race soon since foldable technology appears to be taking off after a slow start to 2019.