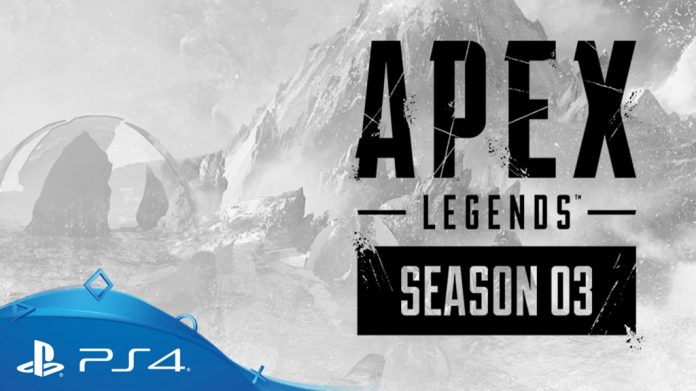 Respawn Entertainment had scheduled an Apex Legends update for December 3. But issues have forced the game developer to postpone the release on consoles. On Tuesday, the game developer confirmed through a series of tweets that it was working on having the update ready.

The update was postponed but the game developer later released it on PC, where players are currently able to check out the latest additions and changes, including the new rewards.

Later that day, the Play Apex Twitter account posted a tweet mentioning that the performance issues seen on PC were also present on consoles. Because of this, the game developer has decided to delay the update.

The update, announced just days ago, is one of the biggest for Season 3. It mainly focuses on the changes for the progression system, which is currently up to 100 on consoles. The patch will take the max level from 100 to 500.

The change makes sense as some players have already reached max level or are close. The increase allows players to unlock more rewards as well as more badges and gun charms.

Reaching max level before the change left players with nothing to unlock for the rest of the season. The current season still has 60 days left so this will give players a lot to play for.

Like mentioned above, the system will take the max level from 100 to 500. This means that players will be able to reach 100 and continue their journey towards new badges and rewards.

The change means a ton of new Apex Packs throughout the levels. For those who have already reached level 100, the game will reward them with all the Apex Packs that are part of the new change. The rest of the Apex Packs will be available from 100 to 500.

On top of that, Respawn has confirmed that the system has been altered so that players can reach level 100 a little faster. The XP required to reach what was once the max level has been dropped by five percent. This will give players the chance to reach 100 and then continue for more.

The update was released on PC yesterday and people on social media have confirmed the many changes. Among the changes is the leveling system and the kill leader graphic that players get when they have the most eliminations in a match.

The update was going to be released on all three platforms but it appears that Respawn has released it on one platform to see how it does. One of their most recent tweets confirm that the issues on the PC version are also on consoles so they are working on a fix before it is fully released.

Season 3 was released on October 1 with a new map and Battle Pass. The latest update could be the beginning of something bigger since leaks have pointed out that there is a new event for Mirage coming up. Respawn has not confirmed any of this but if true, the battle royale could be preparing for something much bigger later this month.

Are you playing on PC? If so, what do you think about the update? Let us know in the comments.