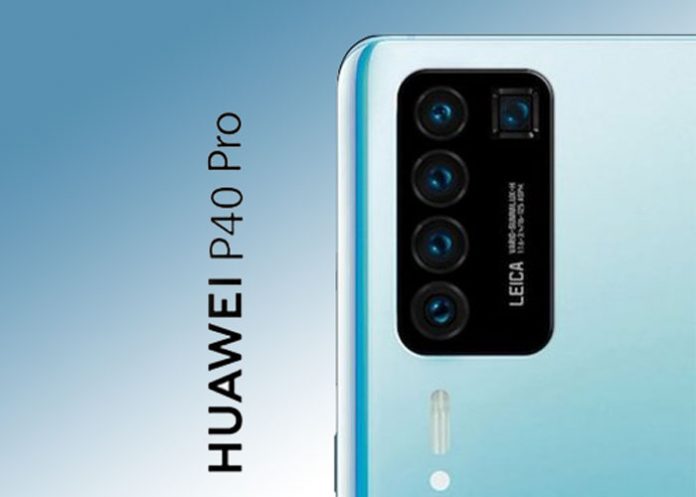 Huawei has big plans for 2020 and one of those is releasing the next smartphones in the P series. The Chinese smartphone giant has already confirmed the P40 smartphones, which are just a few months away from being unveiled.

The P40 is rumored to have a display between 6.5 and 6.7. It is currently unknown if there will be a notch on the display or if the company will skip on that. A leaked panel did recently show no notch, meaning the phone will pretty much be all screen.

One of the most interesting rumors so far is that the P40 smartphone will have up to five cameras on the back. According to GSMArena, the Pro variant of the P40 will have a 64MP Sony sensor along a 20MP camera, a macro camera, a 12MP periscope telephoto (10x optical zoom) and a 3D ToF unit.

There is an image out there of how the cameras will look like on the back of the phone. The image shows four cameras stacked on top of each other. Stacked cameras are used on a lot of smartphones today. The interesting part here is that there is another unit on the right side. Companies usually place the flash on the side but it looks like they have decided to change up the design. The flash is instead outside of the camera section.

There are currently no details on the front camera. The company could do a few things with that part of the device, including a pop-up camera. We’ll have to wait for the official unveiling to know exactly what the company is planning to have on the front.

Reports say the company is looking to have alternatives ready by the end of the year but the confirmation lets everybody know that the P40 will not have the popular services. A license or permission from the US would allow the company to continue doing business with US companies but it appears that the P40 will launch without the apps no matter what.

Have you bought any phones from the Huawei P series? Which smartphone are you looking to purchase in 2020? Let us know in the comments.