Italy: Police Believe Painting Found Could Be Missing Artwork From 1997 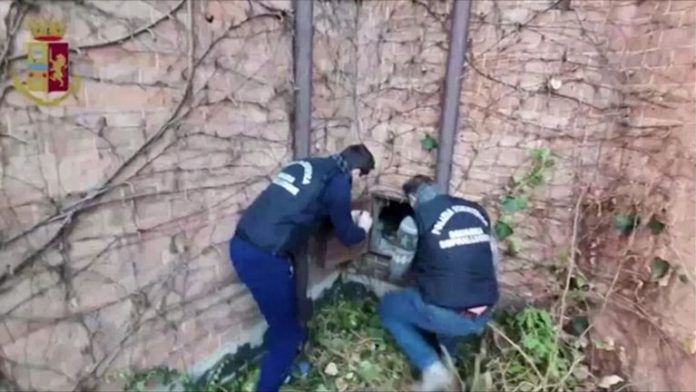 Italian authorities are investigating the discovery of a painting that’s been missing for many years. The discovery is believed to be a Gustav Klimt that was stolen nearly 23 years ago. The painting was found hidden in the wall of a gallery.

Portrait of a Lady was stolen back in 1997 and its location remained a mystery until a few days ago. The artwork, believed to be the authentic version, was found hidden in the wall of the gallery. The painting had been on display there before.

On Tuesday, a gardener working on the gallery made the surprising discovery. The gardener was working on clearing up some ivy on a wall of the Ricci Oddi gallery. A metal panel was found and opened. The inside of the opening contained a bag along with a painting inside of it.

Authorities are currently investigating the discovery and the gallery has decided not to make an announcement until the painting’s authenticity is confirmed. The Guardian reports that sources quoted by a local newspaper, Piacenza Sera, say that an initial expert indicated that the painting is a 1917 Klimt.

It is not yet known why the painting was left hidden in the wall of the gallery. But a member of the Piacenza council involved in the responsibility for culture, did not rule out the possibility of it being a theft in which the thieves later decided to make a return.

He spoke to La Repubblica newspaper and said that it is very strange because the gallery was checked immediately after the theft. The gallery along with the garden was checked at the time. He added that the strangest part is that the painting is in excellent condition, making it seem like it had not been there for 22 years.

The painting was confirmed missing on February 22, 1997, but authorities believe it was taken a few days before. The investigation was brought back three years ago when authorities discovered DNA traces of a thief on the frame that was left there.

Reports say there are thousands of artworks and artifacts that have been stolen and are still missing. The disappearance of the Klimt painting was among the biggest mysteries in the country since there was little information. The artwork is extremely popular since it is seen as double art. Before its theft, a student realized that the painting had been made over another work. That work was previously believed lost but the student’s discovery ruled that out.

The member of the Piacenza council involved in the responsibility for culture has already spoken about the plans for the painting if it is confirmed to be authentic. He said it would be ready to exhibit in the gallery as early as January.

In October, a Cimabue painting found in a French kitchen set an auction record. The painting was found hanging in the kitchen of an elderly French woman. Christ Mocked was found in northern France and was expected to sell for as high as six million euros. The bids exceeded expectations, reaching four times the estimate. The painting sold for 24 million euros ($26.6 million). The owner thought the painting was an old religious icon with little value. The painting was spotted by someone in the auctioning business, who advised the owner to have it evaluated.