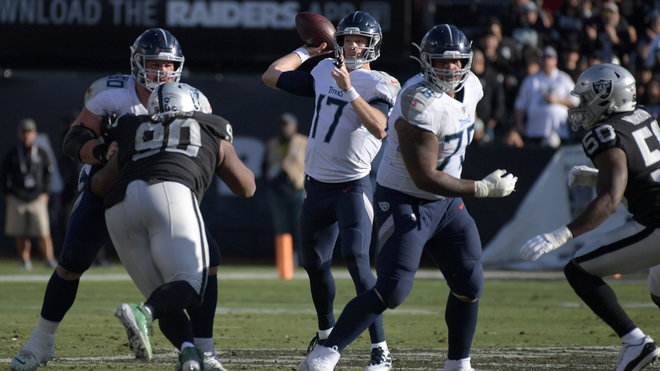 The end of the regular season is approaching and many teams are looking to make a final push into the playoffs. A few teams have secured a playoff spot while others will have to keep their hopes alive in the next three weeks. Here are the biggest surprises of Week 14:

The Los Angeles Rams shut down division rival Seattle Seahawks in a game we all thought would be closer. The Rams held a 21 – 3 lead at one point and the Seahawks never recovered. Goff threw two touchdowns along with two interceptions. On the Seahawks side, Wilson was held to zero touchdowns with one interception.

The win keeps the Rams alive in the playoff hunt but they will need serious help from the current wild card teams. The Seahawks are still two games ahead while the Vikings are one game ahead. 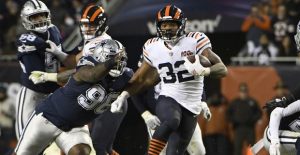 The Cowboys desperately needed a win to gain some room from the Eagles, a team that is now just one game behind for the top of the division. Many analysts had the Cowboys bouncing back from their two straight losses.

It seemed that way during the first drive as the Cowboys held the ball for a while before scoring an opening touchdown. But the team would struggle after that score, allowing the Bears to score on several drives. Dak and offense were held to low numbers and most of the stats came after the game was out of reach.

The Cowboys are now 6 – 7 but the interesting part is that they are still at the top of the NFC East. The Bears are third in their division, a little behind in the wild card hunt. They will need to win the rest of their games and hope for the Vikings, Seahawks and Rams to lose most of their matchups.

The Texans were coming off a huge win against the Patriots but they looked nothing like that team against the Broncos. Denver opened with a huge lead and never looked back. The score was out of reach by the third quarter and while Watson made some fantastic plays, it was not enough to bring the team back.

The good news for the Texans is that division rival Colts lost to the Buccaneers. The bad news is that the Titans are now 8 – 5, which ties them at the top of the division.

The Colts needed a win to continue their push for the division and it seemed like they were on their way to a 7 – 6 record. Instead, they gave up late scores to the Buccaneers, allowing them to get the surprising win.

The Colts loss puts them two games behind the Texans and the Titans. Things don’t get any easier as they will have to face the Saints in Week 15. The Saints have already secured a playoff spot but they will likely keep their starters to try to earn a top seed in the NFC.

The AFC South was full of surprises in Week 14. The division saw the Colts and Texans lose in ugly fashion but one team benefited from all of this, the Titans. Tennessee scored 42 on the Raiders and won its fourth straight game.

The team was going in the opposite direction just weeks ago but their four game win streak puts them at the top of the division with the Texans. The division will come down to the last three games as the Texans and Titans will meet twice this month.