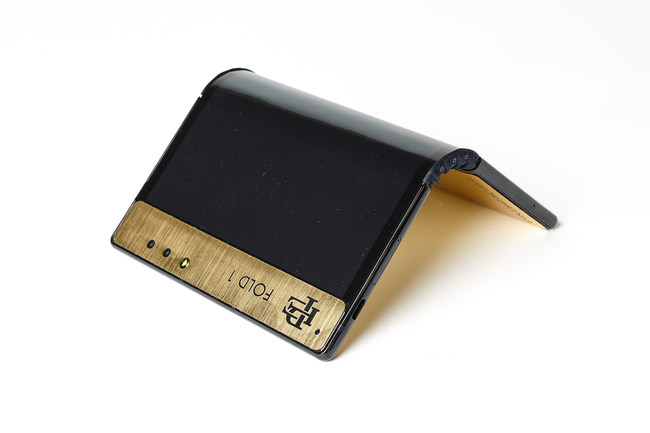 The Fold 1 is a phone that was launched by Pablo Escobar’s older brother, Roberto Escobar. The device is among the few foldable phones that have been announced over the last year. The big difference between the Fold 1 and the competition is that Escobar’s launch comes at a low price.

The foldable phone is priced at $349 and is already available for pre-order on the company’s official website. It is unclear if the company plans to offer different variants in the near future.

The Specs: Processor and RAM

One of the interesting parts about the Fold 1 is that it is powered by a Snapdragon 855 processor along with 8GB of RAM. There are really no other details on the specs but the information that it has a really good processor as well as lots of RAM already makes this an interesting device.

The $349 price easily makes this the most affordable foldable phone yet. The low price has already sparked doubts among the tech community since the difference from the others is way too much.

In comparison, the Samsung Galaxy Fold starts at almost $2,000 while the Huawei Mate X costs around $2,400. The Royole FlexPai and Motorola Razr do have a lower price but they are all over the $1,000 price, making them much more expensive than most smartphones out there.

This would even be lower than the Axon M, which many consider one of the earliest attempts of a foldable device. That phone launched with a price of $725, more than double the price of the Fold 1.

NotebookCheck and other tech sites believe that the upcoming foldable phone has a few red flags. The first red flag is that the phone is powered by a Snapdragon 855 processor, which is usually found on flagship smartphones that are sold for much higher than $349.

NotebookCheck also points out that the phone has a resemblance to the FlexPai phone. The FlexPai was actually the first foldable phone to be announced, beating other companies such as Samsung and Huawei. The tech site even thinks that the Fold 1 might actually be a FlexPai rebrand.

There are even more questions when you compare the two phones. The FlexPai and Fold 1 are said to have the same internals, look and fold design. But a major difference between them is that the Royole FlexPai is over the $1,000 price while the Fold 1 is only $349.

There are reports out there of companies already working or planning to have cheaper foldable phones next year. But the Fold 1 will easily be the cheapest if it is released. The company has reportedly released ads for the phone so we now just have to wait for the phone to be released.

What do you think about this launch? Are you waiting to see more affordable foldable phones? Let us know in the comments.