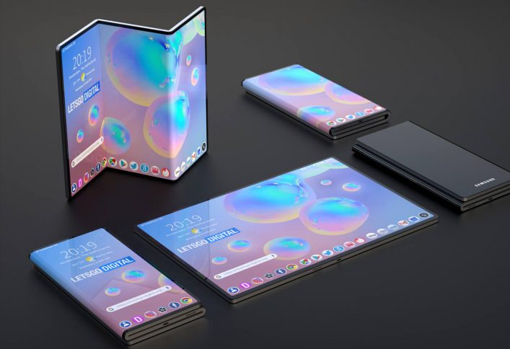 Samsung’s Galaxy Fold has been out for just a few months but there are plenty of rumors out there saying that the South Korean tech giant is planning to unveil the Galaxy Fold 2 in the near future.

For weeks, it’s been rumored that the second version of the foldable phone will be out some time in the first half of the year. Some of the next Galaxy smartphones have appeared in rumors and they are expected to be out in early 2020.

Yonhap News Agency, citing industry sources, reports that Samsung will release a foldable phone in February 2020. The foldable phone is said to have a clamshell design, one of the designs that’s been rumored for the next Fold device.

The report puts the phone’s release ahead of the Galaxy S11. The Galaxy S series usually comes in the first three or four months of the year but if the report is accurate, the new foldable device would be out earlier.

Yonhap’s sources believe that the Samsung Galaxy Fold 2 will be available for purchase right away. This release would be much different than the Galaxy Fold, which was initially set to be released in the last days of April.

Samsung’s first foldable device was near its release when reviewers found that the phone had some issues. The company looked at the issues and decided to delay the debut of the foldable phone. The release happened in late 2019, with Samsung first releasing the phone in South Korea.

New foldable devices from Samsung have been mentioned in rumors even before the Galaxy Fold was released. In recent weeks, there have been rumors about a new Galaxy Fold and also a more affordable option. One of the latest rumors says the company will release a foldable device with a price of $1,000.

There Are No Affordable Options Out Now

An affordable option makes sense as the market currently has foldable phones but at very high prices. The Huawei Mate X has a price of $2,400, which is higher than any other foldable phone out there. Samsung has the second highest price with the Galaxy Fold, which starts at $1,980.

Samsung could be among the few companies that introduce a new foldable phone in early 2020. Huawei has already confirmed an upgrade of the Mate X which is coming to MWC 2020. Motorola has the Razr, which was recently delayed. The delay is not expected to be a long one.

2019 was not the greatest year for foldable phones, the two biggest announcements were delayed early on. The technology picked up in late 2019 but it is expected to have a much better start in 2020. A few tech events are around the corner so we’ll soon know a bit more on this technology.

What do you think about foldable phones so far? Are you planning to purchase one next year? Let us know in the comments.