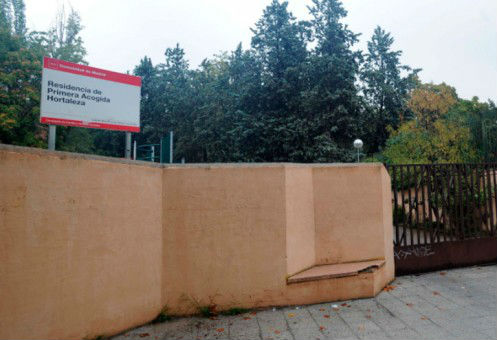 A migrant children’s center in the city of Madrid was evacuated after a grenade was found in the patio area. The discovery of the explosive brought a bomb squad to the area. They safely destroyed the explosive, which authorities believe was thrown over the wall.

The grenade was found in the early hours of Wednesday and authorities quickly evacuated the area. The center, which is located in the Hortaleza area, is said to be home to dozens of unaccompanied minors.

The area was evacuated while authorities carried out a controlled explosion. Authorities confirmed that the grenade was a training grenade that has a small amount of explosives.

Authorities are currently investigating the incident. They have no suspects and have not found a motive. The suspected attack has been condemned by Spanish politicians. Some human rights campaigners have linked the suspected attack to the recent anti-immigrant speeches.

The BBC reports that the center has been the place of other attacks. Back in October, the center was involved in an incident in which people tried to storm in. El Pais newspaper spoke to an employee at the center and that person did not rule out the idea of the attack being over the migrants that stay there. That person said xenophobia towards the people there may have played a part.

The suspected attack has sparked the reaction of several Spanish politicians. One of them was Isabel Serra, who called for the support of the Madrid Assembly and condemnation on the incident. She linked the incident to hate speech and asked for authorities to guarantee the rights of all the children in the region.

Earlier today, she accused the Vox and People’s Party of not supporting a declaration of condemnation against the incident. The BBC reports that during an election debate last month, the leader of the Vox party, Santiago Abascal, accused the people at the center of causing an increase in crime.

He lives close to the area and said during the debate that he runs into women who tell him that the police tell them not to wear jewelry on the street. He added that mothers are worried that their daughters who are coming home late are scared of being assaulted.

The Vox party has grown in popularity in recent years. The party had a successful run in last month’s elections, where it more than doubled its seats. The party is said to be in the top five when it comes to popularity in the country.

Vox did speak on the incident, condemning what happened at the center. But the party also accused the opposition of using it for political ends.

Earlier this year, Euro News reported that Spain had over 13,000 registered unaccompanied migrant children. At the time, it was reported that residents had mixed feelings about the thousands of children in the Spanish capital. One resident said most of them are good kids while another said this would create a conflict between those who support them and those who don’t.

Jul 13, 2020
The Samsung Galaxy Fold 2 is one of several phones expected to be announced in a few weeks. The foldable phone has been one...