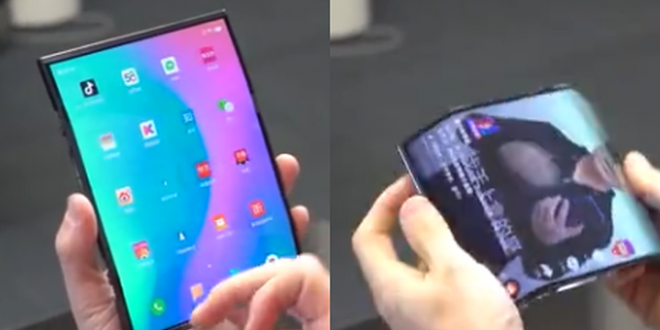 The patent, shown by LetsGoDigital, shows a normal sized smartphone that can be extended from the sides. The extension of the device contains things such as the main camera.

According to GizmoChina, the patent was filed halfway through 2018 but the documentation was approved and published earlier this month. The patent does not mean that the company will release this device in the near future.

Some patents never really get anywhere, this is simply an idea that the company is looking at. This is also one of the many Xiaomi patents that have surfaced in recent months. The majority have involved foldable phones, which the company has teased in the past.

Last month, there was information on a patent that the company filed for a foldable phone. That patent showed a foldable phone with three sections. The highlight of the patent is the quad cameras.

Before the information of this patent, there were reports that the company had filed two other patents involving foldable phones. The patents showed two completely different designs, suggesting that the company could be working on several devices.

One of the designs showed a phone with three cameras while the other drew comparisons to the new Motorola Razr since it appears to show a clamshell design. Motorola is currently the only company that has a foldable phone that folds horizontally.

Xiaomi’s foldable phone plans could be for next year since the company recently unveiled the Mi Mix Alpha and confirmed that it would be launched this month. The phone is not exactly a foldable device but it is among the most interesting that the company has unveiled in recent years.

The Mi Mix Alpha has a screen that wraps around, offering a completely different design from previous Mi Mix releases. The device, announced a few months ago, could be the start of some big releases from the company. 2020 seems to be the year where we finally see a number of foldable phones. The year will begin with the release of the new Razr but rumors out there say that Samsung, Huawei and other companies are already thinking about new and more affordable versions of their foldable devices.

We’ll keep you updated when there is more information on Xiaomi’s foldable phones. Do you think Xiaomi will release a foldable phone in 2020? What is your favorite foldable phone so far? Let us know in the comments.