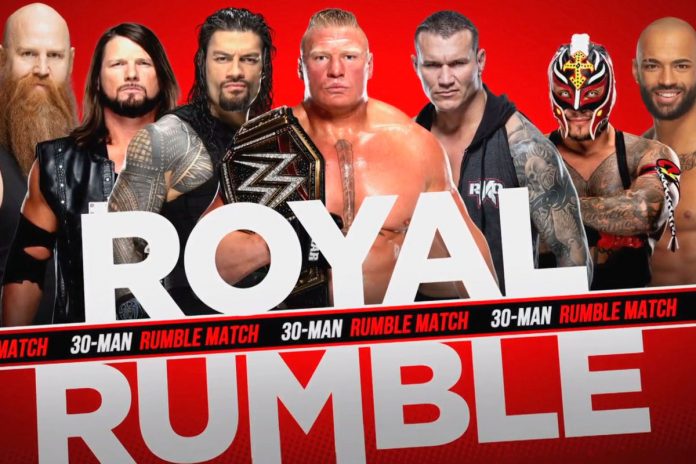 The 2020 WWE Royal Rumble event is just around the corner and several superstars have already confirmed their appearance. The event determines the number one contenders for the biggest titles in WWE. One of the matches that will take place is the Men’s Royal Rumble, which will give the winning superstar the chance to go for the WWE or the Universal Championship. Here are six favorites to win that match: 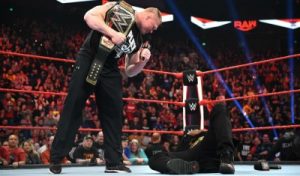 Brock Lesnar is the WWE Champion but he is entering the match. WWE doesn’t usually feature the WWE Champion in that match, they instead face a contender in a separate match. But what’s even more interesting about all of this is that Lesnar will be the first entering this match. The participation and first entry is an unexpected announcement for fans who probably thought Lesnar would be in a different match.

Roman Reigns is always a favorite for the Royal Rumble since he has won the match before and been close in many other occasions. The former The Shield member has been in a feud with Ziggler and Corbin for the last few weeks but he will probably be among the last remaining in the upcoming match.

Drew McIntyre has not held much championships since moving to the main roster so winning the match would put him in the path. He doesn’t lose much either so a title run could be in the plans.

Seth Rollins won last year’s Royal Rumble and went on to win the WWE Universal Championship at WrestleMania a few months later. But he is back among the favorites since he has made some changes over the last few months. He now has a group with AOP and Murphy, who joined them in last week’s episode of WWE Raw.

Rollins has not captured any titles since creating the group but that will likely come at some point. The participation of the four in the match could give him a bigger chance of winning. Fans saw him as the WWE World Heavyweight Champion when he was a heel and had the support of stars such as Kane and Triple H. The group is different but we could see a similar result in the near future.

Sheamus has returned to the roster after missing some time and this would be the perfect opportunity for him to jump into the title race. Sheamus has been involved in the tag team division in the last few years, winning the titles several times with Cesaro. But he is no stranger to having success in the match. Sheamus won the Royal Rumble back in 2012.

The 2020 WWE Royal Rumble will have several other matches, including some for titles. But fans want to see who will be the superstar participating in one of the biggest matches of WrestleMania 36.

Who do you think is going to win? Do you think there will be any surprise returns/appearances? Let us know in the comments.