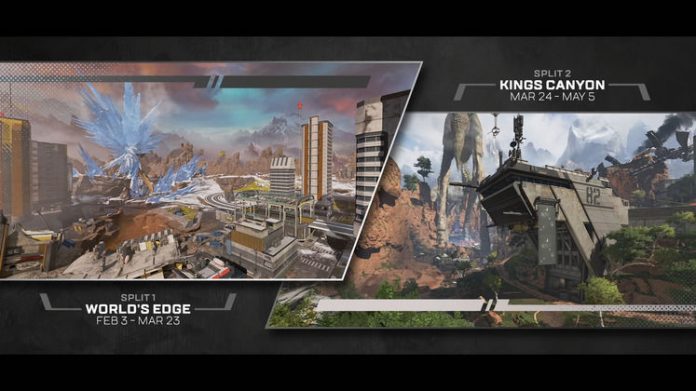 Apex Legends is just days away from stepping into Season 4. The Respawn Entertainment battle royale game brought many things during Season 3 but the upcoming season could be its biggest yet. Here is everything we know about Season 4:

A few days back, the Respawn team appeared in a YouTube video to let players know what they would see in Season 4. The team revealed a few things, including the return of the popular Kings Canyon map. The map was recently featured as part of the Grand Soiree event but that only lasted two days.

Players have been requesting for the return of the map ever since World’s Edge was introduced. The team said during the video that the map will return as part of a season split. Kings Canyon will be part of the game in late March. The new season will launch with the new map and then change to that.

The team also confirmed that each of the maps will have its own Ranked. This means players will start back from the rank they were placed in when the old map returns.

During the video, the team also confirmed that Season 4 will bring a new weapon. The weapon is another sniper. In Season 3, the game introduced the Charge Rifle, a weapon that has seen several adjustments throughout the season. The Charge Rifle was a very popular weapon early on but the removal of the Energy Mag as well as the other adjustments have made the weapon less popular.

One or Two Legends?

The Apex Legends team also announced more details on the new Legend, Forge. The video showed a picture of the Legend, confirming that he would be the one making an appearance and not Revenant like it was previously rumored. But the team bamboozled its players shortly after.

The new trailer, which can be found in the lobby of the game and YouTube, shows Forge during an interview. He talks about his addition to the tournament and a few other things. But the video ends with Revenant sneaking up and eliminating him.

We don’t know if Forge will ever come back but this is clearly an indication that Revenant is the Legend that will be part of the game during Season 4. There’s been rumors on if Forge has actually been eliminated but Respawn has made a bit of a story for all of this.

If you visit Sorting Factory, you will find the exact place where Forge was being interviewed. The place has been destroyed and there’s some blood on the ground, confirming that Forge was attacked. The game has also added a deathbox on the ground, with a unique charm that can be picked up by players.

Season 3 has less than a week left, which means players only have a few days to complete the Battle Pass. The Battle Pass goes up to 110 levels but those who are playing for the Apex Coins offered to get the next Battle Pass only have to reach level 97.

Season 4 will introduce a new Battle Pass as well as challenges. Respawn has not confirmed any changes to the map but there are some signs that there could be additions to some of the areas. World’s Edge is a big map but there are plenty of open areas that can be used for buildings and other structures.