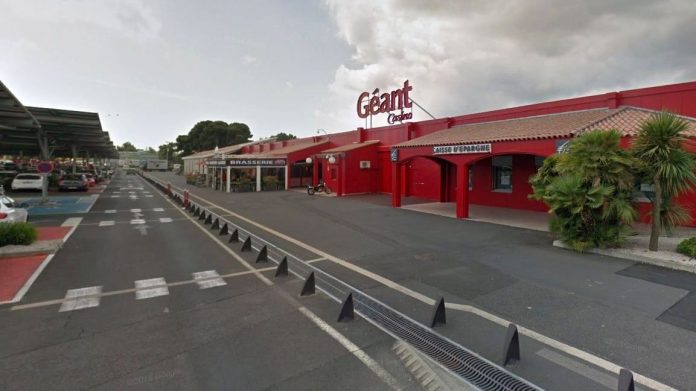 Authorities in France had to go visit a supermarket over a dispute between customers and the company. Geant Casino, located in the city of Montpellier, accidentally priced TVs at 30.99 euros. The original price of the TVs was 399 euros.

Authorities were called in to control the situation. Several customers showed up to buy the TVs at 30.99 euros. French media reported that when customers arrived to the checkout area, staff told them they could not purchase the TVs at that price.

Images and videos posted on social media showed crowds at the checkout area. Many of the people waiting there are seen with several TVs. Police were called to clear the store since customers were refusing to leave. The store was cleared an hour before closing time.

The supermarket is not the first to make an error on the price of an expensive product. In the past, several companies have made errors like the one from Geant Casino. In some cases, the companies have decided to honor the prices.

The errors have also happened in online sales, with gaming consoles and flights being sold at very low prices. The errors made online usually lead to a cancellation of the sale or the pre-orders.

In early 2018, a French supermarket was in the news after making a huge discount on Nutella. The sweet spread, which is very popular in Europe, was given a 70 percent discount by Intermarche supermarkets. Nutella went from 4.50 euros to 1.40 euros, bringing huge crowds to locations in France.

The discount ended up sparking chaos across some of the supermarkets. In some locations, police were called in after customers began pushing and fighting each other over the product.

Supermarket employees told local media they tried to get between customers to calm the situation but were pushed. The incidents left some customers with minor injuries. All of its stock was gone in 15 minutes, according to reports. The following day, some locations decided to hand customers just one each to prevent more incidents from happening.

Nutella is quite popular around the world but reports say France is one of the biggest fans. The country reportedly eats a quarter of all the pots that are made.