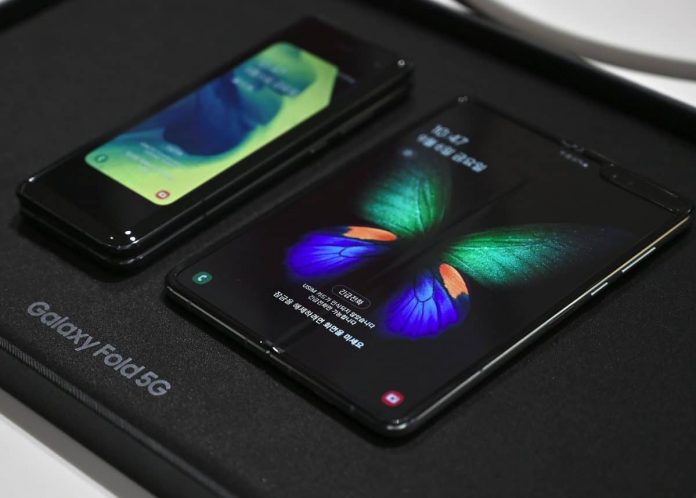 Samsung’s Galaxy Fold is a few months old but the company has remained quiet on sales until now. In recent weeks, the device has sold out or been available in limited units but Samsung had never really said how many it sold around the world.

Now, Samsung CEO DJ Koh has revealed that the phone sold well in its first few months. The Samsung CEO said that the sales figures for the Galaxy Fold are between 400,000 and 500,000 units.

The Samsung official revealed the details during an interview at CES 2020. The sales figures may not seem like much when compared to other flagship smartphones that have one or two million units sold. But it is still an impressive number considering what the Galaxy Fold has gone through during its time.

The Galaxy Fold was released in late 2019 but just in South Korea. The limited release later spread to other markets, including Canada and Kenya. In some markets, the release was very very limited. In Kenya, reports said there were less than ten units on sale. In Canada, the release only happened in the Toronto area, making it difficult for people living outside of the city to purchase one.

Samsung even made a strange move by canceling all the pre-orders just before its release. Reports said those who made pre-orders were rewarded with store credit. All of this easily makes the 400,000 – 500,000 units sold somewhat of a success for the company.

2020 is off to a hot start when it comes to foldable phones. Huawei has confirmed an upgrade of the Mate X for MWC 2020. TCL recently made it clear it would enter the race with a foldable phone of its own. The device is reportedly on the prototype phase at the moment. Motorola is also bringing back the Razr, this time as a foldable phone. The device was recently delayed due to demand but the delay is expected to be a brief one.

Aug 3, 2020
Xiaomi is no stranger to releasing smartphones with new designs and interesting features. But one of its most interesting and unusual designs has been...